History 101: An excerpt from Rise of the Bull Mongoni

A reading from the sacred scrolls of Tarmok as read by Tyrone Fulton in Rise of the Bull Mongoni.


Tyrone opens up BULL MONGONI: THE LOST TRIBE OF HOMINIDS and begins to read - History Channel documentary type stylized recreations FLASH by on the screen before us, bringing to life the IMAGES as Tyrone speaks -

TYRONE (V.O.)
What Gunner had described as his bible was in fact a history book. Or rather a pre-history book. About 27,000 years ago, the last known other species of humans, the Neanderthals, disappeared from the face of the earth. But according to author and anthropologist Joe Fenton, there was in fact another species of hominid thriving throughout Eurasia and Africa. The ancient race of hominids known as the Bull Mongoni.

The History Channel style recreation of pre-history earth now reveals to us the IMAGE of a male BULL MONGONI walking through a forest.

The Bull Mongoni facially resembles modern Homo Sapiens, except with a stronger jawline, and fierce eyes, and is much more physically imposing. His arms and legs are ropes of thick, vascular muscularity – The front of his muscle bound torso is covered with hair - A FEMALE Bull Mongoni appears next to him – Her shape is athletic and yet voluptuous at the same time.

TYRONE (V.O.)
The Bull Mongoni were a proud and peaceful race. They did not murder. They did not pillage. They did not rape. They did not kill for sport or pleasure. They were a self aware, intelligent race that were capable of empathy for other life forms. They had art, and music, and had begun to develop a sense of wonder about the world and the universe around them. They lived in harmony with the creatures and the earth around them. But, they were not alone. There was another race of hominids at the time. A race that was spreading across the earth like a rage of locusts, consuming and destroying everything in their path. This was a race of hominids who did murder for sport, and pleasure, and lust, and greed. This was the race of hominids that destroyed the Neanderthals. This was a race known as the Homo sapiens. This was the race known as man.

The Homo Sapiens multiplied and exploded like a virus across the plains and forests. Soon they outnumbered the Bull Mongini a hundred to one. Sometime around 6000 B.C., the last great army of Bull Mongoni warriors were trapped in the hills of Southern Europa. The armies of Mesopotamia were moving in from the West. The armies of Egypt from the south. And the Nordic Barbarians from the north. Tarmok, the last ruler of the Bull Mongoni and the greatest warrior who ever lived, took on all three armies ALONE. Sacrificing himself, but buying enough time for his people to escape and scatter to the four corners of the earth.


The scrolls go on to speak of references to the Bull Mongoni in the writings of other much later cultures such as Persia, Athens, Sparta, Sumeria and even Ancient Rome. In the fourth century A.D the notorious Roman General Galvin wrote of " a powerful savage man beast covered in an armor of hair and muscle, wielding a sword like no other" who could fight "with the rage of an army of a thousand barbarians all compressed into one lethal beast that never seemed to tire". In other Roman writings the "savage man beast" is referred to as "Tarmok, last of the Bull Mongoni".


Legend has it that after his Roman adventure, Tamok traveled south, deep into the heart of the African Jungle awaiting the day when he will return to seek vengeance on the Homo sapiens. 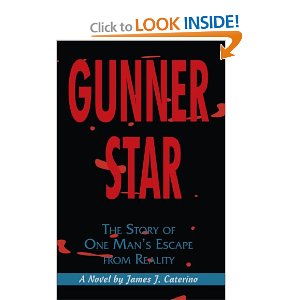 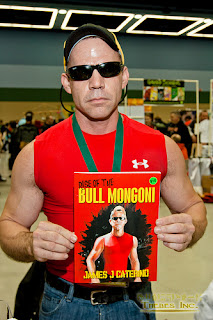