I have had a tradition since 1985 of making a best films of the year list. It used to be a top 10 list. Then it morphed into a top 5 as it became increasingly difficult to cite ten great movies in any one given year. Now I simply make a list of favorites. I am a picky bastard. Every scene has to work. The direction right down to the shot selection needs to be spot on. The casting perfect. The cinematography, the music, the sets, the locations, the thematic substance....all of it matters. But above all, it simply has to resonate on an emotional, intellectual, or visceral level in a way that will leave me walking out of theater moved, exhilarated, and satisfied. These are the movies of 2011 that worked for me. 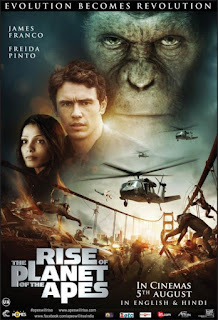 Not since A.I Artificial Intelligence in 2001 have I thought this much about a film after seeing it. Caesar is an unforgettable character and Rise of the Apes is not just a well crafted, expertly paced, exciting, beautifully directed blockbuster. It is full of iconic moments including an emotional finale that will be etched into cinematic history. At its heart Rise is a coming age of story that resonates with deep emotion. It is a film about family, home, tragedy, separation, finding one's place in the world, and so much more. 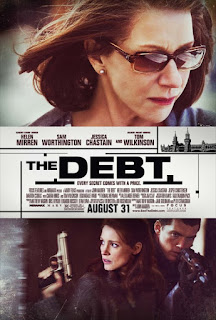 The Debt
Directed by John Madden
Screenplay by Matthew Vaughn, Jane Goldman and Peter Straughan
The shrewdly directed, expertly acted film ranks alongside Zodiac (2007) and Michael Clayton (2007) as one of the best adult thrillers of the past decade. Why this pulse pounding action movie did not get more attention is beyond me. The screenplay is smart, Helen Mirren is fantastic and Jesper Christensen is terrifyingly real as the best on screen Nazi villain in years. 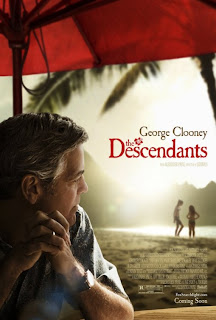 The Descendants
Directed by Alexander Payne
Screenplay by Alexander Payne, Nat Faxon and Jim Rash.
Based on the novel by Kaui Hart Hemmings
Alexander Payne (Sideways, About Schmidt)  is the best real life filmmaker of our time. There is no better way to phrase the unique blend of pathos, humor, drama, awkwardness, laughter, and heartbreak that he brings to his films. He is literally a modern day Francois Truffaut. The Descendants is yet another in a long line of knockout performances by George Clooney  going back over a decade (Solaris, Michael Clayton, Up in the Air, The American ). He is one of the great leading men of our time, and a movie star in every sense of the word, breathing unique life into every scene he touches. 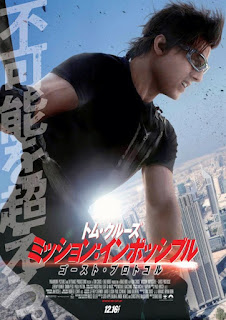 
Mission Impossible is the rarest of all rarities, a franchise that actually gets better with each succeeding film. But Ghost Protocol is so much more than just the best Mission Impossible movie. It stands alongside Casino Royal as the one of the two best action movie movies of the past two decades. Brad Bird has directed the best non-Cameron action sequences I have ever seen on the big screen. Ghost Protocol is simply dazzling. 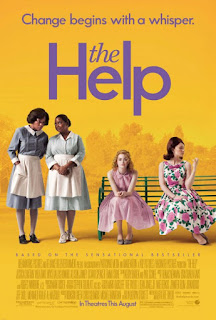 
Anchored by a knockout cast including rising star Emma Stone, the sleeper smash The Help is proof that quality does count. Make a great film, word will spread, and they will come. There was a great late summer stretch where Rise of the Apes and The Help were one and two week in and week out. It reminded me of August 1982 when E.T. and An Officer and a Gentleman were in a similar battle. Great stuff! One of the most underrated actresses in all of film is Viola Davis. She is fantastic in The Help. Thanks to the enormous success of the movie, this unsung actress is finally getting some long overdue recognition. 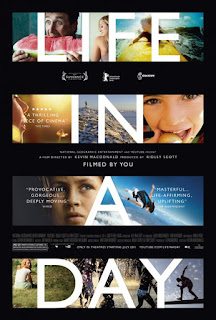 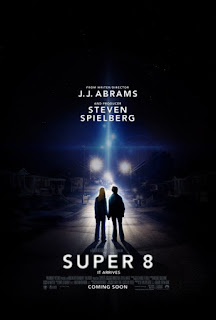 Super 8
Directed by J.J. Abrams
Written by J.J. Abrams
Yeah, Super 8 is a homage all right. And a wonderful one, impeccably crafted on every level, right down to the carefully chosen period color schemes, the lighting, and Michael Giacchino’s nod to John Williams.
he two main character in this movie are wonderfully written and acted. Played by Joel Courtney and Elle Fanning, they are the heart and soul of the film. The best scene in the movie is a quiet scene. It involves two kids and super 8 film that helps them come to terms with a tragedy and begin to heal. It is one of many scenes where Abrams demonstrates that if there ever was an heir apparent to the bearded one, it is the creator of Lost. 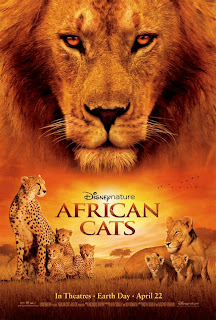 
I Bought a Zoo might be cute and Warhorse may be epic, but African Cats is by far the best movie about animals in years. It treats these magnificent cats with the dignity and respect they deserve. It is a beautiful film. And it is real and has a critical message. What little is left of their home must be saved from the evil scourge of Homo sapiens who have all but destroyed this planet and the homeland of these wonderful, noble creatures. 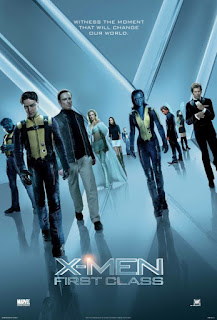 The underrated Kevin Bacon anchors a charismatic cast in might have been the most pleasant overachieving surprise of the year. Setting the film in the story fertile early 1960's was the perfect way to invigorate a movie series that was based on a comic book created in the very same era.
Posted by James J. Caterino at 12:08 PM No comments: