A reader's guide to Sword of the Bull Mongoni


“Sword of The Bull Mongoni” is a riveting action adventure story about a hirsute, barbarian bastard, Tarmok, an extraordinary man from the past. Except, he is not really a man, or to put it in more precise biological terms, Tarmok is not of the Homo sapien species, and perhaps not even of the Homo genus. 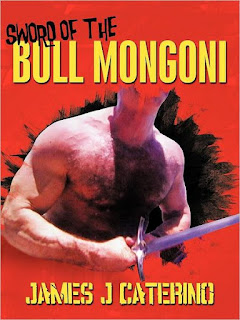 Tarmok is the last of the Bull Mongoni. The Bull Mongoni were a fierce and noble species of hominids that once roamed the mountains of Eurasia and the forests of Africa. It is theorized they evolved along a parallel time line to the Homo genus, but did not branch off from the Australopithecus as the precursors to the Homo sapiens did.

Instead, the Bull Mongoni either split off from Pan after the Homo/Pan split of 4.6 million years ago, or maybe even evolved from a hominid split from the Gorillini genus. Although most current scholars, including the original author of the Bull Mongini theory Joe Fenton, now are leaning toward a later Pan split on an alternate time line.

At some point, most likely between 200,000 and 50,000 years ago, portions of the Bull Mongoni began to migrate out of Africa to Eurasia. This heavily muscled, athletic species of hominids thrived throughout the New World, outlasting both Homo Erectus and the Neanderthals. The Bull Mongoni also began to spread into equatorial zones during the last ice age and repopulated the forests of Africa. They even developed a culture complete with illustration ,writing, and complex story telling skills sometime around 10,000 years ago.

What happened after that is the subject of a long lost book of scriptures known as “The Sacred Scrolls of Tarmok”. After learning about the philosophy of the Bull Mongoni from his mentor, Gunner Star, Joe Fenton dedicated his life to tracking down the scrolls and learning the history of the Bull Mongoni. He published his findings in “Bull Mongoni: The Lost Tribe of Hominids”, a self-published book that became an underground cult sensation and helped the fearsome anti-hero vigilante Gunner Star to spread the Word of Tarmok. 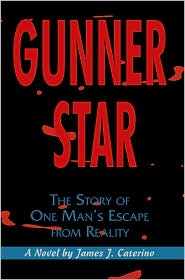 Armed with Joe Fenton’s book as his guide and The Sacred Scrolls of Tarmok as his canon, Gunner Star takes on new proteges Tyrone and Caitlin in “Rise of the Bull Mongoni”. The three of them begin to recruit an army of like minded iron warriors and teach them the ways of the Bull Mongoni and they begin to fight back against the growing  forces of intolerance, deception, hate, cruelty, and injustice. 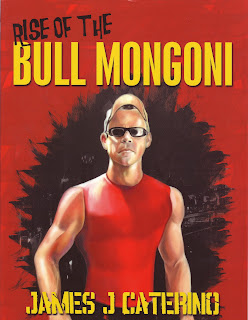 "Sword of the Bull Mongoni".

Tarmok, the last of the Bull Mongoni has returned to take back the planet, protect the earth, and battle anyone who dares to stand in his way.
Written in the screenplay format, The Sword of Tarmok is an action packed, riveting sequel to the avante-guarde cult sensation, Rise of the Bull Mongoni.