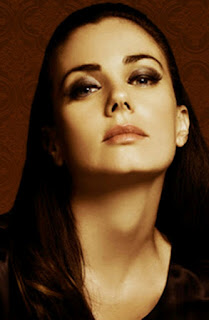 Mia Kirsher has such a captivating presence she makes every supporting role she has played unforgettable. That is because the actress herself is someone who leaves quite an impression. The fact that most of her acting jobs have been in supporting roles, guest spots, or leads in little seen independent films have only added to her mystique. 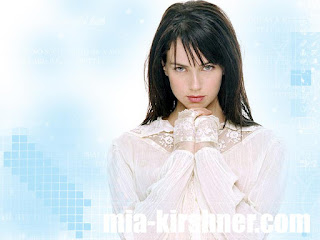 The Canadian born actress is the granddaughter of Holocaust survivors and a fierce advocate of humanitarian causes. She even wrote and published a book, “I Live Here” (2008), an epic real life narrative that chronicles the story of four different groups of women and children refugees.
View slideshow: Mia Kirshner, elusive beauty 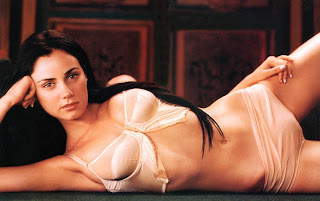 Mia first came to the attention of movie fans at the age of 19 with her luminous and haunting performance in Atom Egoyan’s brilliant film about tragedy and healing, “Exotica” (1994). Mia plays the role of an exotic dancer named Christina who shares a special connection to a grieving man with a tragic past played by Bruce Greenwood.
"Exotica" was a big hit during the1994 festival circuit and was nominated for a Palme d’or at The Cannes Film Festival. Roger Ebert even included the movie in his “Great Movies” essay. “Exotica” truly is an artistic triumph on every level, but what makes it all come together is the presence of Mia Kirshner. Her ethereal performance, beguiling beauty, and radiating sexual charisma must be seen to be believed. 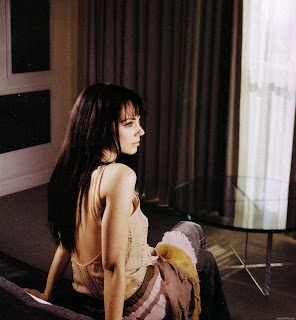 Mia followed up “Exotica” with “The Crow: City of Angels” (1996), a misguided, ill-advised, unnecessary, and dreadful sequel to the late, great Brandon Lee’s cult classic “The Crow” (1994). However awful the film might be, Mia still manages to bring every scene she is in to life with her searing presence and single-handedly makes the movie worth watching.
Over the years there has never been the starring role that the actress deserved as a follow up to “Exotica”. But what makes Mia Kirshner so unique is her ability to elevate even the smallest of supporting roles and make them instantly memorable.
Mia showed her badass side as the cold and deadly assassin Mandy in “24" (2001-2005). She helped make “The L Word” a huge hit for Showtime with her performace as Jenny Shecter (2004-2009). More recently, she was part of the sexy cult sensation “The Vampire Diaries” as Isobel Fleming (2010-2011). 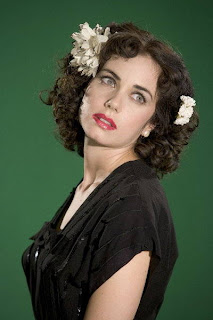 Mia’s role as the tragic title character in the underrated Brian De Palma film noir “The Black Dahlia” (2006) is haunting and unforgettable. The actress has a way of cutting to the dark, emotional core and bringing out the angst in troubled characters.
In the age of hyperactive, multi-media saturation and ridiculous overexposure, Mia Kirshner is the rarest of all celebrities. Someone who has managed to maintain an air of mystery about her and possess an element of intrigue that leaves fans wanting more. In the era of nonstop celebrity chatter, she is the ultimate elusive beauty. 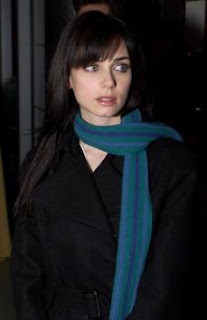 Suggested by the author:
Posted by James J. Caterino at 1:54 PM