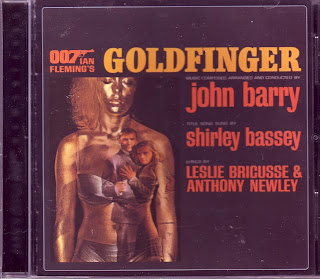 “Goldfinger” (1964) performed by Shirley Bassey
Music by John Barry
Lyrics by Leslie Bricusse and Anthony Newley
Peak on the Billboard Hot 100 - number 8
Shirley Bassey’s husky vocals and John Barry’s screaming, sassy brass don not just get your attention, they reach out and grab you by the throat. This bold, melodic, irresistible classic tune created and defined the James Bond sound for the next five decades. In 2008, the single was inducted into the Grammy Hall of Fame. 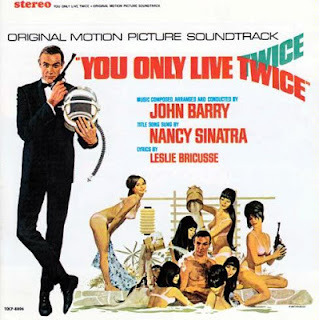 “You Only Live Twice” (1967) performed by Nancy Sinatra
There has always been a wonderful, wistful, mourning melancholy to the music of James Bond. After all, the legendary John Barry, the composer of “Born Free”, “Somewhere in Time” and “Out of Africa”, was the absolute master of creating such mood. “You Only Live Twice” captures the romantic side of Bond with soaring orchestrations and spot on vocals by Nancy Sinatra.Music by John Barry
Lyrics by Leslie Bricusse
Peak on the Billboard Easy Listening - number 3 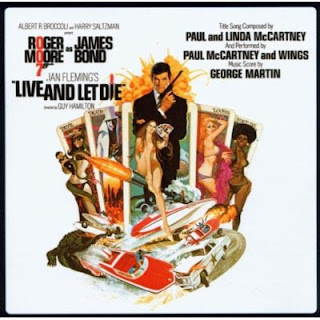 “Live and Let Die” (1973) performed by Paul McCartney &Wings
Written by Paul McCartney and Linda McCartney
Peak on the Billboard Hot 100 - number 2
Arguably the best title song from a James Bond movie (along with “Goldfinger”). Arguably the best song from any movie period. “Live and Let Die” is that good. A classic in every sense of the word. As for the insipid bastardization remake warbled out by Guns N’ Roses, the less said the better.
“Live and Let Die” was a monster hit song in the summer of 1973 and airplay of the song on the just blossoming FM radio market helped make Roger Moore’s Bond debut a smashing success. 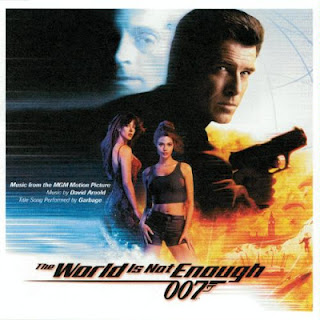 “The World Is Not Enough” (1999) performed by Garbage
Written by David Arnold & Don Black
Peak on the UK Singles Chart - number 11
Peak on the Italy Singles Chart - number 5
Lead vocalist Shirley Manson is an electric performer with a simmering sexual charisma that is unmatched. Garbage truly was the most consistent, innovative, and prolific alternative pop band of the 90s and their new album “Not Your Kind of People” proves they are better than ever.
This song has an epic, sweeping retro euro-Bond feel to it and is the best song of the Arnold scored James Bond films. 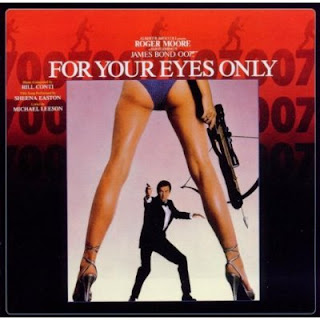 For Your Eyes Only (1981) performed by Sheena Easton
Written by Bill Conti and Mike Leeson
Peak on Billboard Hot 100 - number 4
Peak on UK Singles Chart - number 8
It is a good thing that Blondie turned down the offer to perform this song. Sheena Easton’s soaring, catchy vocals are a perfect match for composer Bill Conti’s trendy post disco era soundtrack. This delicious piece of early 80s pop was nominated for an Acadamy Award for best original song, one of only three Bond songs to do so (along with “Live and Let Die” and “The Spy Who Loved Me”.

Suggested by the author:
Posted by James J. Caterino at 5:33 PM