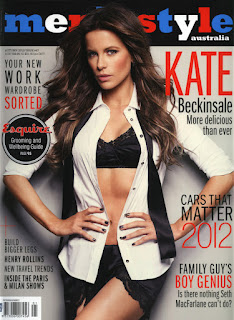 She is a serious, dramatic actress who has carried epic blockbusters, shined in quirky, independent films and has a track record of delivering consistent, high level, Oscar caliber performances.

She is a formidable action hero with an electric presence who can lead a franchise. She is capable of performing wicked stunt sequences and fight scenes with a savage, visceral intensity that deifies her diminutive physical size. There is a simmering eroticism to her action sequences that is seductively unique. 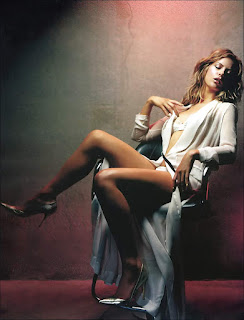 Oh, and yes, she is also one of the most photographed women in the world, a Maxim Magazine superstar, and a yearly top contender for just about any “sexiest woman” contest or list that exists.
It almost seems to defy reality that one woman can possess each of these attributes, but Kate Beckinsale embodies all of the above and more. The London born actress is one of the most versatile talents ever to arrive in Hollywood. The only other actress working today with even a comparable range would be the equally formidable Milla Jovovich.
After garnering praise for a variety roles in her native Britain, including a starring role in an adaptation of Jane Austen's “Emma”, Beckinsale came to Hollywood.. The British beauty showed her impressive acting chops right away by taking on an unsympathetic character and delivering a nuanced and complex a performance in Whit Stillman’s 1998 independent film “The Last Days of Disco”. 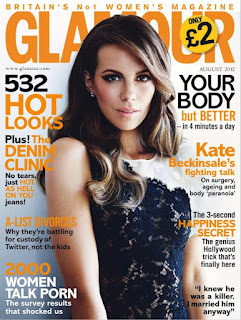 A year later she co-starred with recent Emmy winner Claire Danes in “Brokedown Palace”, a harrowing drama about two teenage Americans forced to deal with the Thai justice system on a post-graduation trip over seas. But it was two years later in “Pearl Harbor” (2001) where Beckinsale’s rising star went supernova. 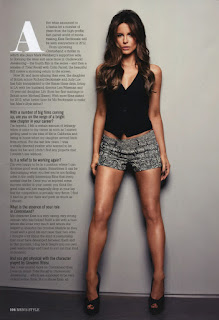 “Pearl Harbor” was one of the most aggressively promoted films of all time. The knockout trailer set to Hans Zimmer’s music from “The Thin Red Line” (1998) was immensely popular and seemed to play endlessly starting more than a year out from the release date. With its premise of a passionate love triangle set against the backdrop of the WWII Pearl Harbor invasion, Touchstone Pictures and producer Jerry Bruckheimer were hoping for another “Titantic” (1998).
Although the Michael Bay directed “Pearl Harbor” did not break box office records or garner the critical praise of James Cameron’s classic, it was a huge box office hit. Kate Beckinsale gave a terrific performance and showed a knack for making even the most melodramatic and mushy love scenes ring true. Her luminous presence helped carry the film and the actress won over a legion of new fans and she became an A-list superstar. 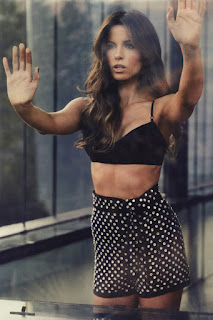 In 2002 Beckinsale returned to the world of independent film and starred alongside Frances McDormand and Christian Bale in “Laurel Canyon”, a sexually charged drama set against the backdrop of the music business. “Laurel Canyon” is a superb piece of cinematic art with fully realized characters. The arc of Beckinsale’s character from timid and uptight to bold and experimental is flawlessly executed by the actress. 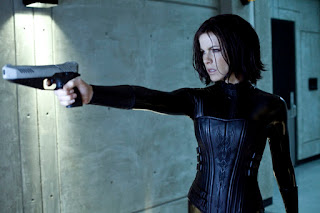 In 2003 Beckensale showed us a completely new side of her as she took on the role of a vampire action hero in the “Underworld”. The actress demonstrated a fierce physical presence. She seemed to relish in the physicality of the role as created an iconic character and became the anchor of a new franchise.
In 2004, Beckinsale returned to epic drama and portrayed Ava Gardner in Martin Scorsese's Howard Hughes biopic “The Aviator”. Then after a sequel to “Underworld”, “Underworld: Evolution” in 2006, it was back to intimate character focused drama with “Snow Angels” (2007) and “Winged Creatures” (2008). Then it was on to another action oriented lead in the underrated genre thriller “Whiteout” (2009).
2012 has been another banner another year for the actress. She co-starred in “Contraband” with Mark Wahlberg, returned to her role as Selene in “Underworld: Awakening”, has been a cover girl on countless magazines and was named on numerous sexy and most desired lists. 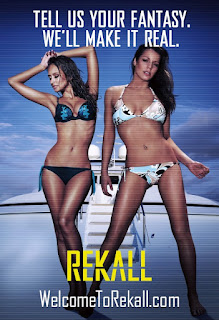 Also in 2012 the talented actress showed off yet another aspect of her versatility by playing the villain and stealing the show in her husband Len Wiseman’s re-imagining of “Total Recall”. As she did in the “Underworld” movies, Beckinsale amps up the sexual charisma and shows a knack at performing killer fight scenes and riveting stunt work. 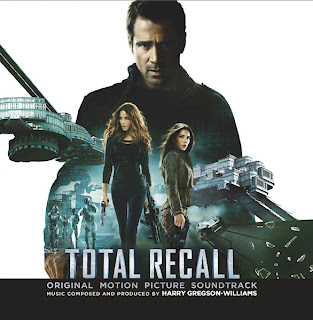 An independent film actress playing quirky and complex characters, a romantic lead in a blockbuster, a sought after glamorous cover girl and sexual siren, a fierce action hero with deadly moves, Kate Beckinsale is a versatile talent who can all of these things and so much more. Her fans cannot wait to see she what she has in store for them next.
Suggested by the author: