A list of what is on my radar and recommended right now as we head into the summer of 2013. 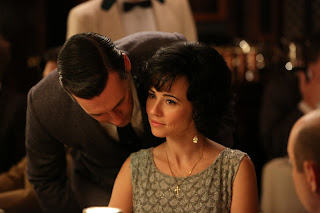 Many fans found last season’s existentialism and introspective approach too slow and bleak. But any season with a subplot plot about a character writing a “Star Trek” script and a “Bewitched” reference is a great season.

But still, it cannot be denied that “Mad Men” is a far more interesting show when Don is being—well—Don, and indulging full throttle in his addictions to sex, tobacco, and alcohol. Add to that the backdrop of one of the most important (and tragic) years in American history, and you have the making of what could end up being “Mad Men’s” best season yet. 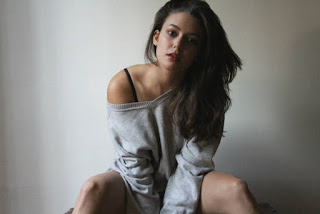 Meg Myers first came to my attention in one of those Amazon friendly suggestions tags, “customers who bought X also bought Y”. Many find it an intrusion of privacy the way our internet purchasing and viewing habits are so shrewdly tracked exploited by the major retailers. But in this case, I am grateful for Amazon’s spying eyes, because this was a recommendation that was spot on and someone needs to tell the musical world about this new, outstanding talent.

Meg Myers is one of the those ultra-rare singer/songwriters who can combine searing, heartfelt lyrics and vocals with pop-oriented melodic hooks and create moving, musical works of artistry that leave you with something to chew o,n and will make you keep coming back for more.
If you are fan of Tori Amos and Lana Del Rey, then you will love Meg Myers. 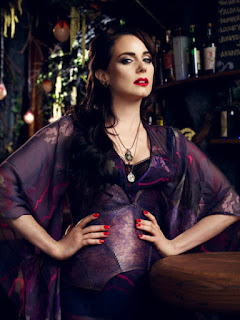 Okay, maybe “Defiance” has not quite lived up to the hype or the promise of the pilot. But character oriented shows take time to develop, and “Defiance” has a lot of characters. Although initially sold as “Battlestar Galactica” meets “Firefly”, “Defiance” is really a reworking of “Babylon 5” with a touch of “Deepspace Nine” and  “Gunsmoke”, and just about every soap opera you can think of.

One of the great joys of the show each week in the luminous presence of Mia Kirshner as Kenya Rosewater, the operator of a futuristic saloon where all of your needs, wants, and desires can be fulfilled. Whether it is “24” or “The Vampire Diaries”, Mia is an actress with an air of mystery about her who always elevates the material with her elusive beauty and sexual charisma. 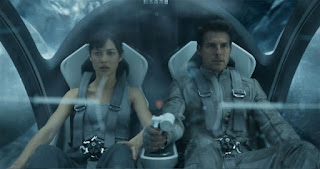 Critics were dismissive and audiences unenthused about a sophisticated old school science fiction film, but “Oblivion” has an awful lot to offer science fiction movie fans.

A terrific performance by Tom Cruise, two outstanding (and beautiful) female leads in Andrea Riseborough and Olga Kurylenko, support from the Morgan Freeman, the sleekest production design and coolest visual effects seen in any movie over the past few years, and a knockout soundtrack by performed by M83 and composed by Anthony Gonzalez and Joseph Trapanese.

“Oblivion” is only the sophomore feature film from “Tron: Legacy” director Joseph Kosinski, but he is already showing signs of being a unique auteur with a gorgeous visual style and a preoccupation with technology and how it affects the human spirit. 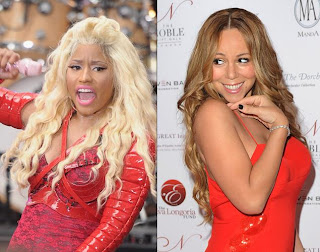 Well, people are talking about it, that is for sure and the hatred sure seems real.
The feud between these two is so intense that at times I am nervous watching.

“American Idol”—and every singing show—has always been more about the judges than the contestants. But when the comment time is spent engaging in diva verbal warfare, it is to take it outside and stop distracting from the talent that is on the stage.

And the talent really is special on “America Idol” this season. This may be the best top four since Season Five (Taylor Hicks, Katharine McPhee, Elliott Yamin, Chris Daughtry).
Posted by James J. Caterino at 1:24 PM