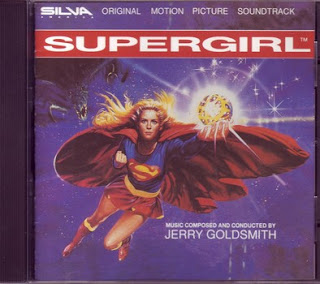 Comic book movie adaptions are now standard blockbuster fare often accompanied by critical praise, prestige, and respect. This was not always the case, especially back in 1984 when “Supergirl” hit theaters after a long and troubled post production. 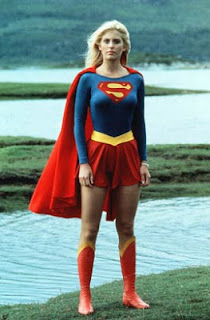 “Supergirl” was self-financed by “Superman" (1978) producers Alexander and Ilya Salkynd. D.C. Comic’s parent company Warner Bros. held the distribution rights. After releasing the movie in Europe, they decided to drop the film just before the targeted North American release date in the summer of 1984, citing the disappointing returns of the dreadful “Superman III” (1983) as the reason.
The rights were eventually purchased by TriStar who cut the film’s 124 minute running time down to an incoherent 105 minutes and dumped the movie into U.S. theaters in November of 1984 with little fanfare. The result was a choppy, disjointed origin story and a sloppy film that was savaged by critics and ignored by movie patrons. 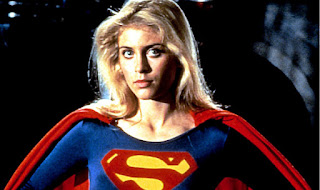 Actually the film is not without merit. It plays beautifully as a guilty pleasure and works very well as a children’s film. The colorful movie has slowly attracted a loyal cult following since the release of Anchor Bay’s two disc limited edition DVD release in 2000, a fully loaded package that includes the 124 minute international version, a 138 minute director’s cut, and a boatload of enticing extras.
“Supergirl” has an enduring popularity for two reasons. One is the presence of the luminous, fresh-faced Helen Slater who exudes an ethereal charm in the flying sequences. The captivating actress is perfectly cast as Kara Zor-El/Supergirl. The second reason is the sensational musical score by Jerry Goldsmith, a sonic work of wonder that is so good it actually tricks you into thinking you are watching a better movie than you really are.
In 1993 Silva gave the score a much deserved expanded and superbly engineered soundtrack release that contains nearly all the music heard in the film and a plethora of previously unreleased material.
New material on the Silva CD not in the truncated 1985 Varese CD includes the majestic “Arrival on Earth”, the other-worldly suspense track “The Phantom Zone”, an alternate rendition of the soaring main theme and love theme in “Flying Ballet - Alternate Version”, and a full fledged statement of the love theme along with some terrific suspense and action material in “Chicago Lights/Street Attack”.
The campy villains in “Supergirl” played by Faye Dunaway and Brenda Vaccaro are like something from a really bad third season episode of “Lost in Space”. This camp aspect was an issue that could have sank Richard Donner’s “Superman” (1978), but thanks to the light touch and pitch perfect delivery of Gene Hackman, that movie never veered into farce. Faye Dunaway shows no such restraint in “Supergirl” and goes way too over the top. But Goldsmith manages to give the villains the respect the script does not by giving them a descending brass motif in “The Monster Tractor” that commands a sense of danger lacking on the screen.
What makes “Supergirl” such an enduring and relentlessly entertaining soundtrack is the sheer vastness and variety of the material. There are brassy action licks ala “First Blood”, scary music with a “Poltergeist” flavor, and an irresistible love theme that is reminiscent of another Goldsmith 1984 classic soundtrack, “Gremlins”. In many ways “Supergirl” plays like a greatest hits from the early '80s for Jerry Goldsmith. The soundtrack works both as an introduction to new fans of the composer and as a treat for longtime collectors.

“Supergirl” has everything you could want in a Jerry Goldsmith score, or any soundtrack for that matter. Bold themes, irresistible melodies, thunderous action music, lush orchestrations, crisp sound, and a soaring love theme. It is a wall to wall entertaining and addictive listen, an essential part of any Goldsmith collection, and a must own for anyone who enjoys outstanding film music by an elite master composer.
The vintage 1984 early trailer on the left was made before the final score was completed (as is usually the case) and uses the "Superman" (1978) music by John Williams. Here is a link to a later home video trailer using the Jerry Goldsmith music from the final film.