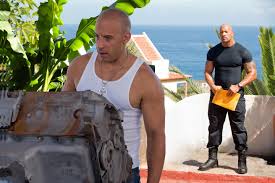 “The Fast and Furious” franchise has managed to defy every expectation and break every rule.Since when does a movie series continue to get better and better with each entry yet alone achieve a new creative and critical peak in number six? When does a movie featuring fetishistic portrayals of muscle cars and muscled up men and women cross into the mainstream attracting a strong diversified fan base including women and even high-brow intellectual critics? 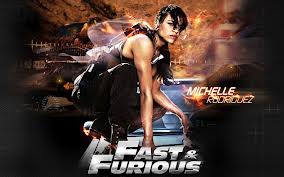 “Fast & Furious 6” has managed to all that and more as the wildly entertaining action flick starring the electrifying Vin Diesel anchoring a charismatic cast co-stars has racked up a staggering $146,340,000 at the box office in North America in eight days and mind-blowing $405,740,000 world-wide. Oh, and along the way, the expertly marketed movie has managed to win over critics garnering a “certified fresh” Rotten Tomatoes rating of 72% (as of this writing). Even the normally cynical crew at “What The Flick” on You Tube gave it a raving 8.0 out of 10.

Fast & Furious 6 Trailer Official 2013 Movie [HD]
“Fast & Furious 6” is this year’s “The Avengers”.
Director Justin Lin and screenwriter Chris Morgan know exactly what they have in this franchise and along with producer/star Vin Diesel have created and developed a mystique, and even a saga- like feel to what began as a B-movie late summer throw away back in 2001 and was essentially “Point Break” (1991) with cars instead of surf boards.
Jam-packed with riveting action set pieces and colorful characters, “Fast & Furious 6” moves at an exhilarating pace as it takes us on a lurid thrill ride that features knockout physics defying stunt sequences, character driven humor—not one, but two—brutal and yet erotic girl on girl fights between Michelle Rodriguez and real life bad ass Gina Carano, and the first ever cinematic flying head butt. Yes, a flying head butt.
“Fast & Furious 6” is such a confident film, as are all of the actors in their respective characters. Even the critics who praise the movie somehow feel obligated to take shots at the actors for fear of not looking critic enough I guess. But the acting in “Fast & Furious 6” is spot on genre acting at its finest. Even amid all the outrageous mayhem and crazy action, thanks to the cast, these are characters we care about and root for. 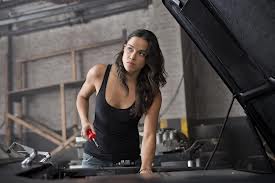 In many ways this is a throwback film to the kind of movies Jerry Bruckheimer used to make in the mid 90’s with the likes of “The Rock” and “Con Air”. Action movies featuring charismatic stars that find the elusive sweet spot by delivering an over the top, ridiculous piece of wild entertainment without ever crossing the line into parody or camp. 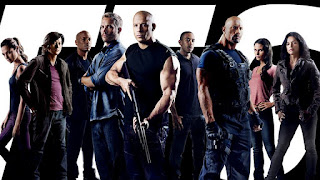 Bottom line, “Fast & Furious 6” is a wickedly entertaining, wild thrill ride packed with humor and action. It is the ultimate A-list summer junk movie that will leave you euphoric, exhilarated, and wanting to come back for more.
Suggested by the author:
Posted by James J. Caterino at 7:11 PM