You will believe a man can fly 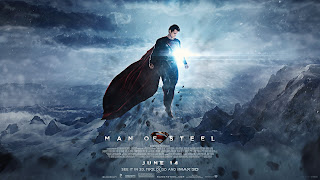 It might just be the most daunting assignment a composer can take on.


The “Superman” franchise re-launch was the most anticipated event movie of the year with both DC Comics and Warner Bros. Pictures desperate to jump start a new film series to keep up (or at least get in the game) with the runaway success of rival Marvel Studios and Disney. 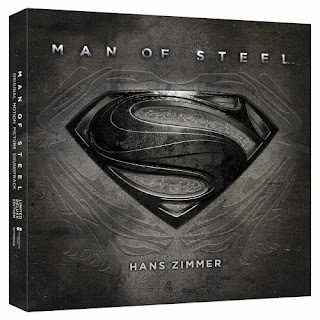 There was a lot riding on the success of this “Man of Steel”, and more so than any other comic book based event movie, the music is a critical part making that success happen. A “Superman” film score needs to be massive and epic and iconic. A “Superman” film score needs to convey suspense and wonder and bring excitement and energy to the action. A “Superman” score, above all else, has to convey emotion. There is tragedy in the story. There is romance. All of that has to be portrayed by the music the composer creates.

Man of Steel - Final Official Trailer (HD)
Oh, and the last composer why held the baton for the “Superman” franchise was someone by the name of John Williams. Talk about walking into an assignment with high expectations.
A “Superman” score has to make you believe a man can fly and Hans Zimmer’s “Man of Steel” soundtrack does that and all the above in a way that is spot on suitable for the approach the filmmakers have taken.
Comparisons to John William’s classic masterpiece are pointless. Hans Zimmer is not John Williams or Howard Shore. Richly developed themes and intricate constructions of musical counterpoints are not among his talents. Silver Age purists will never warm to Zimmer, but there is no denying this is a composer with rich talent and a unique sound merging Giorgio Moroder pop sensibilities and modern electronica with classic orchestral scoring.
The best way to experience Hans Zimmer’s “Man of Steel” is with the Limited Edition Deluxe Edition, a two disc album that arrives in a gorgeous metal case with a collector’s booklet of liner notes and stills from the film. Disc One is titled “Flight” and is the music from the film (of course, not all of it). Disc Two is called “Experiments from the Fortress of Solitude”, sort of a composer’s version of a sketchbook.
The album begins with “Look to the Stars”, a cue that starts out in a new age texture and gradually builds as Zimmer introduces his Superman motif before moving into a propulsive, suspense finish. Next up is “Oil Rig”, a brief but furious action cue featuring the much discussed army of drummers hired the composer to set the percussive tone for the soundtrack. 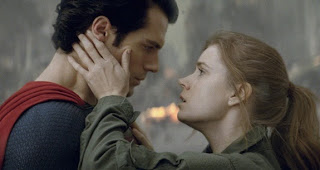 “Sent Here for a Reason” introduces the emotionally striking four not motif that slowly builds into the score’s main theme. It is a deceivingly effective melody hitting a perfect sweet spot to underscore the feelings of the characters, especially in the beautifully acted Smallville scenes anchored by the terrific Kevin Costner.
“Man of Steel” has already become infamous for the record-breaking, ear-splitting decibel level of the final act. The last forty-five minutes of “Man of Steel” are an over-directed frenzied mess repetitive scenes of noisy mayhem. Although it was impossible to hear much of Zimmer’s score during the deafening destruction, there is plenty of action music in “Man of Steel”. Some it is quite exciting such as “DNA” and “I Will Find Him”. But none of the action material in this soundtrack approaches the level of development heard in past Zimmer scores such as “The Peacekeeper” (1997), “King Arthur” (2004), or last year’s “The Dark Knight Rises”. 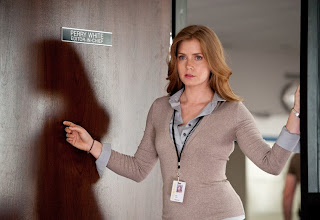 Perhaps inspired by the film and the more heartfelt aspects of the story, it is the emotional material where Zimmer hits it out of the park. His minimalist approach of allowing the themes to breathe with intimacy before slowly building them into Zimmer-esque crescendos works beautiful here.
“Goodbye My Son” is a wonderful, moving cue introducing a wordless vocal solo backed by a subtle choir. “Tornado” begins in action mode before transitioning into powerful moment of deep sentiment conveying tragic the loss of Jonathan Kent. “I Have So Many Questions” effectively scores Clark’s journey into the Fortress of Solitude, and at last Zimmer lets loose the full force of the soundtrack’s major themes in the soaring, inspirational full-bodied “Flight”.
Disc one wraps up with music from the final scene and credits, “What Are You Going to Do When You Are Not Saving the World”, a gorgeous reprise of the score’s main themes and highlights.
Bottom line, “Man of Steel” is a richly entertaining stand-alone listen soundtrack. It is a must own for Zimmer fans, soundtrack collectors, and just anyone who enjoyed the film. 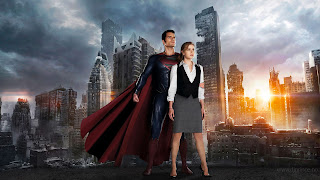 Suggested by the author:
Posted by James J. Caterino at 5:49 PM