The year 1987 became a major turning point in the career of Steven Spielberg. He followed up 1985’s “The Color Purple” with his second so called “serious” film, the underrated masterpiece “Empire of the Sun” starring a young Christian Bale. Spielberg’s haunting, visually stunning adaption of J.G. Ballard’s acclaimed autobiographical book was the target of an enormous, misplaced critical and popular backlash. 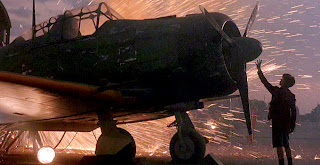 It seems that after a five year explosion of post-E.T. movies and television programs that were either produced by Spielberg, influenced by him, or ripped off from his work—both the public and the critics had enough. Besides the aforementioned “Empire of the Sun” which he directed, there were three other movies released in 1987 produced by Spielberg’s Amblin Entertainment—“Harry and the Hendersons”, “Innerspace”, and “Batteries Not Included”. Often derided as “second string Spielberg” or “Spielberg lite”, all three movies have their attributes and possess the emotional touch the bearded one is famous for. 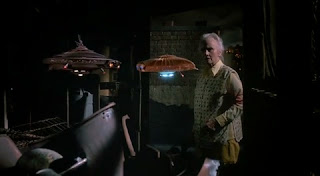 “Batteries Not Included” was the last of the three and it when it opened December 18, 1987 to empty theaters and hostile critics, it marked the end of the golden age of Amblin Entertainment. It may not be “E.T.” or “Close Encounters”, but “Batteries” does have some nice Spielbergian moments, cool special effects, and a terrific musical score by James Horner.

The soundtrack album opens with “Main Title”, a spiffy Big Band number that transitions into dramatic orchestra at 2:08, then seamlessly back into Big Band before ending in a Hermann-esque motif of mystery and danger. Overall, the transitions between Big Band and symphony orchestra are seamless and this cue makes makes for an engaging and versatile main theme well utilized by Horner throughout the score. 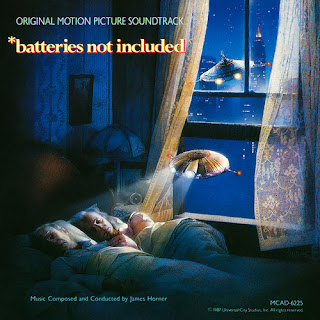 Track two “Night Visitors” is a sentimental gem—8:48 seconds of pure magic. This is where Horner really gets a chance to demonstrate his command of the orchestra as he combines the "Night Visitors" theme with elements of the "Main Title", some beautifully arranged and executed suspense material, and even a wonderful whimsical motif to score the antics of the Visitors—the film’s tiny UFOs.

“Hamburger Rhumba” is a knockout Big Band cue pulsating with infectious energy. “Café Swing” is exactly what it sounds like. It is amazing just how good Horner is at composing and arranging these Big Band numbers. If he had been born a few decades earlier it is easy imagine him composing and conducting Swing right alongside the masters such as Duke Ellington and Glenn Miller. “Batteries Not Included” is Horner’s best use of Big Band music in a score, surpassing “Swing Kids” (1993) and “Honey I Shrunk the Kids” (1989).

“New Babies” is another vertically active, whimsical cue with shades of suspense and just the right spec of sentiment. It is astonishing to listen to this soundtrack and hear how light on its feet the music is and fresh Horner’s sound was.
Horner pulls out the big guns and puts the might of his orchestra for the thoroughly entertaining “Times Square and Farewell”, a track that ends on a powerful emotional note. “Arson” serves as the soundtracks action cue featuring the music used to score the bad guys being, well, bad.
Horner puts his talents and the score’s thematic material on full display in “A New Family/End Credits”, 8:30 seconds of pure joy that will delight soundtrack collectors, Horner fans, or anyone who appreciates great music.
Long out of print on CD and extremely rare (and thus expensive) in the secondary market, “Batteries Not Included” is now available in an MP3 album.

Suggested by the author:
Posted by James J. Caterino at 4:59 PM