The sun always shines on TV

If you could live inside any television show, which would you choose? What fictional world would you want to exist in knowing this imaginary universe would now be your new reality forever? 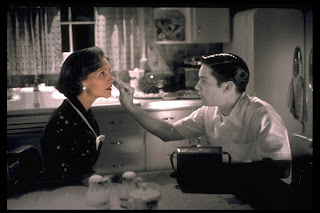 This intriguing high-concept was the premise of the outstanding 1998 film “Pleasantville”. It was also the inspiration behind the soaring, synth-pop song “The Sun Always Shines on TV” by A-ha. Of course that song was from 1985 and back then the sun did indeed shine on TV. Today, not so much.

A sample of what was on the air in 1985: “Cosby”, “Family Ties”, “Cheers”, “Dynasty”, “Dallas”, the god-awful “The A-Team”, “Moonlighting”, and “Alf”. Not exactly the kind of gut-wrenching, gritty, realistic drama that dominates today’s television landscape.

“Family Ties” was a well done sitcom. I still remember how powerful the scenes were between Meredith Baxter-Birney and Michael J. Fox the series finale. Perhaps because it really hit home for me because I was experiencing the exact same thing at the time, saying goodbye.

“Cheers” was an outstanding show, perhaps one of the two or three best sitcoms of all time, and it would be fun world to hang out in—for brief stop anyway.

Just about every television show on the air at the time would have been a breezy good time to live in; get manipulated by Joan Collins, trade quips with Bruce Willis, have a romance and get laid on “The Love Boat” (off camera of course). The only television shows that even attempted realism were the landmark “Hill Street Blues”, the criminally underrated hospital drama “St. Elsewhere”, and the angst-ridden yuppie drama “Thirty Something”. Good television, but not necessarily very appealing worlds to step inside and live your real life. 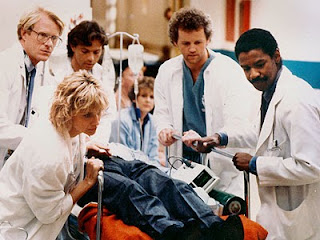 When you look back at the medium of television it is amazing how far dramatic programming has come. Today there is more great writing, knockout performances, and even better production values than you will find in most theatrical films. The creative freedom brought about by premium cable channels such as HBO, Showtime, and Starz has extended into the basic cable channels and even the traditional major networks and resulted in an explosion of cutting edge programming 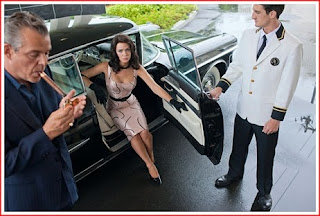 We now live in a new Golden Age of television drama, but I am not sure I would want actually live inside the gritty world of today’s great dramas. Okay maybe living inside “The Walking Dead” would be exciting and I admit I would zap myself inside “Magic City” in a heartbeat if Ben Diamond’s wife asked me to.
So if I could pull a “Pleasantville” and can live inside any television show, which would I choose?
Here all my top five answers: 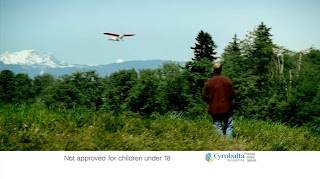 The world inside one of those pharmaceutical ads (currently on the air, like all the time)

I have never seen such bliss, such profound happiness, such peaceful prosperity as you see presented in these ads. Take the right drug and you will get to travel to exotic, beautiful places and go do all sorts of interesting things including lots of hot four hour sex sessions with very attractive people. If there is such a thing as utopia, it exists right here. 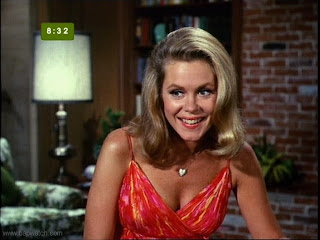 “Bewitched” was the “Mad Men” of its day, except when the show originally aired,  it actually was the 1960s. One thing is for sure, I’d rather work for Larry Tate than whatever the new name is for the agency on "Mad Men".

My true motivation here is that I have always had a major crush on Elizabeth Montegomery. She can do better than the nagging dork “Derwood”, be it Dick York or Dick Sargent. Once I am set up inside the world of “Bewitched”, I aim to win Samatha over and treat her like she deserves. 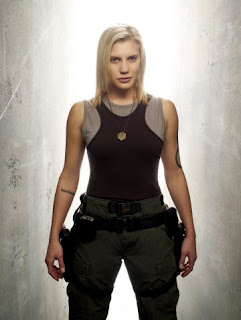 Granted, the universe presented in Ron Moore’s re-imagining of Glen Larson’s late 70’s ode to “Star Wars” and “Chariots of the Gods” is often quite bleak. But still, there is just way too much cool stuff going on here, not to mention a great group of badass characters. I see me and Starbuck getting along just fine and I’d be one hell of a Viper pilot. 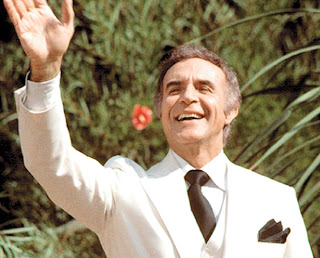 This one needs no explanation. Hey, it’s called Fantasy Island and the place is run by Kahn. As presented in the movie “Pleasantville”, my presence in any of these worlds would cause a ripple of changes to occur. In the case of "Fantasy Island" I would hope that they fantasies actually be fantasies, not preachy morality lessons. 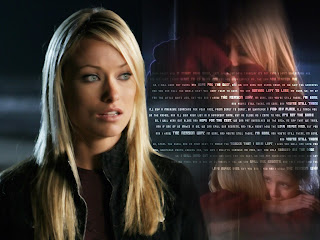 Including a soap opera on this list is a no-brainer. A variation of this was done in the 1991 film “Delirious” starring John Candy.

Where else can you live in a universe where everyone is rich and beautiful and having lots of hot sex and even the bad stuff is really not all that bad. Hospital stays in soaps are more like Club Med vacations than a place where any real suffering takes place.

My initial instincts were to go with “General Hospital” or “The Young and the Restless”, but it would be way too much melodrama to endure. But the great guilty pleasure “The O.C.” on the other hand—now that would be a fun place to live. Plus, I could hit the surf with Peter Gallagher every morning.
Posted by James J. Caterino at 7:24 AM