Back to Pandora, 'Avatar' soundtrack review 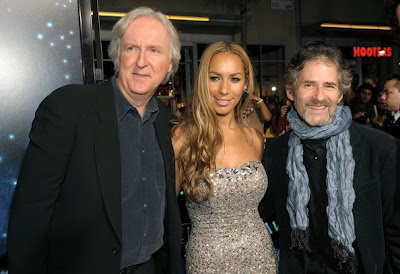 “Titanic” took the world by storm in 1997 it seemed like an eternal wait for the next James Cameron film, a rumored science fiction movie that would be shot in 3D and revolutionize the technology of filmmaking. Finally, in December of 2009 “Avatar” was released reaffirming Cameron’s status as a visionary director and a master storyteller.

“Avatar" became an instant classic, a popular sensation that garnered critical praise and even broke “Titanic’s” seemingly invincible record as the all-time box office king. Although when taking inflation into account, “Titanic” is still far ahead, as are thirteen other films. 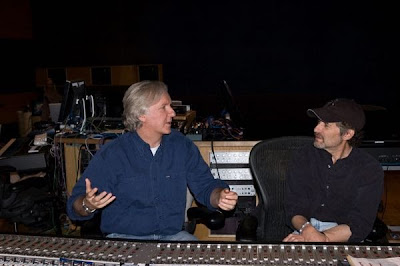 "Avatar" reunited James Cameron with James Horner, his composer for “Aliens” and “Titanic”. The bursting brass and clanging percussion of Horner’s brooding action/horror score for Aliens has become a movie trailer staple. As for the soundtrack of “Titanic”, it went on to sell 30 million copies, win a boatload of awards including two Oscars, one for best original score and one for the song (yeah that song).

The prospect of a third collaboration between Cameron and Horner brought with it an enormous set of expectations. Although it did not sell 30 million copies like “Titanic” or leave the pop culture imprint of “Aliens”, the “Avatar” soundtrack meets, and indeed exceeds, those expectations. It  is a grand epic of orchestral wonder and choral delight and is a far more ambitious and varied than either of Horner’s other two Cameron scores. 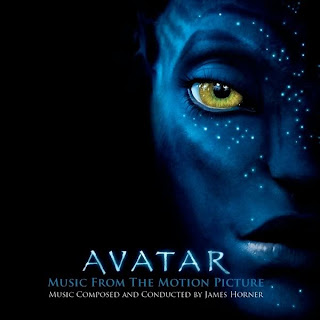 Track one of the album—“You Don’t Dream In Cryo....”—opens with a reworking of Horner’s infamous danger motif, but this time the composer makes it fresh by simply dropping one note and changing the progression. There is an enticing introduction to the major elements of the score including the exotic Na’ve music, the Brainstorm-esque ascending string and brass sense of wonder theme, the percussive action material, and the main theme/love theme.

With each succeeding track Horner builds on the thematic material and weaves a sonic web of symphonic and choral magic drawing the listener deeper into the world of Pandora. Horner has a tremendous command of orchestra and is a master of creating tonal color to bring out the emotions on the screen. His ability to put together a cohesive score that builds momentum toward an urgent emotional release is as good as anyone. Avatar fully exploits all of the composer’s greatest gifts. 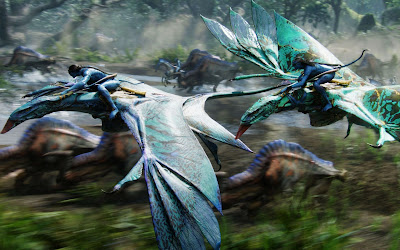 Track five, “Becoming One of ‘The People’, Becoming One with Neytiri”, gives us the first fully formed bold statement of the main theme. Fluid, emotional, imaginative, melancholy, it is a wonderfully flexible main theme that manages to be epic enough to conjure up an exotic alien world and yet remain intimate enough to be deeply moving. It even works beautifully in the end credits pop ballad “I See You” performed by Leona Lewis, a criminally underrated song that deserved to be successful.

Starting with track eight, “Scorched Earth”, the magic and sense of wonder give way to tragedy and despair as Horner puts us through an emotional meat grinder.

Track 13, “War”, brings the the Na’ve and the listener surging back to life with adrenaline and action music. “War” is 11:22 of jam-packed, exciting, epic music that ranks as one of the best cues of Horner’s prolific musical career. 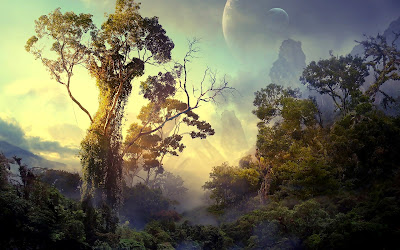 The Avatar soundtrack did not enjoy anywhere the same success as the film. The Titanic album was a one-time only lightning in a bottle phenomenon, so nobody expected Avatar to sell 30 million copies or spend 16 weeks at number one on the Billboard Charts. But the Avatar soundtrack peaked at 40 during a brief appearance on the Billboard Charts and won no awards. As for song, after a knockout live debut performed by Leona Lewis on "So You Think You Can Dance", the song was virtually ignored and failed to even gain a nomination at Oscar time.

Given the staggering success of the film “Avatar” and the prominent use of music in it, the soundtrack has to be considered a commercial flop. And a curious one too because the “Avatar” score is a magnificent accomplishment and emotionally accessible. It was said that Horner worked obsessively day and night for endless months creating the musical canvas and the hard work paid off. Ethereal, imaginative, epic, and always entertaining, the soundtrack of “Avatar” contains many elements of past Horner scores yet has a musical voice unique to the film. It is one of the best scores of the past decade.