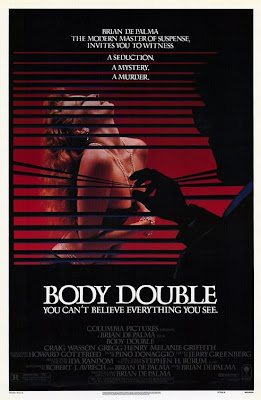 Brian De Palma is a gifted master visual artist with tremendous musical instincts. No other living American filmmaker has made better use of music in his films. He is a true master when it comes to creating the ultimate match of image and music.
De Palma has worked with a variety of talented composers throughout his career, including the great Bernard Herrmann, the composer of his idol Hitchcock. Besides the obvious Hitchcock obsession, there is also a strong Italian Giallo influence in De Palma’s work. So it is no surprise that he often worked with two of the all time great Italian master composers, Ennio Morricone and Pino Dinoggio. 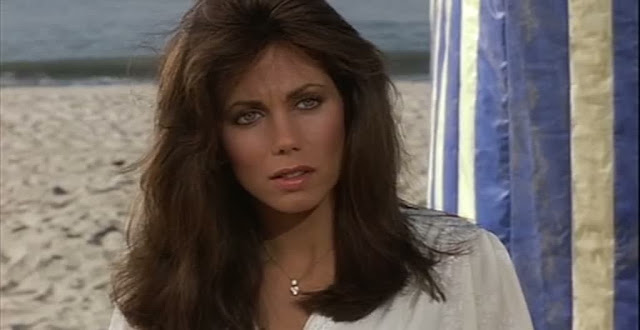 Given its Giallo style sexuality and exessses, Pino Dinaggio was the perfect choice to score “Body Double”. The movie came along at a time when both De Palma and Donaggio were at the peak of their creative powers and had a string of successful collaborations together including the popular scores for “Dressed to Kill” (1980) and “Blow Out” (1981). The love theme from “Blow Out” was licensed by Quentin Tarantino and used in “Death Proof”.
After years of being a much sought after unreleased holy grail among soundtrack collectors, “Body Double” was made available in a Limited Collector’s Edition CD by Intrada in 2005. 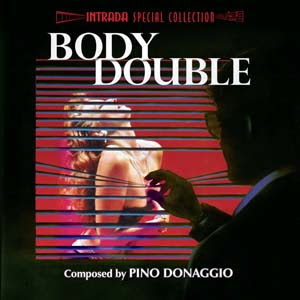 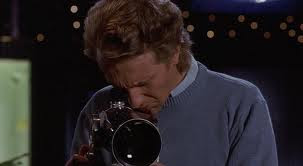 Suspense and eroticism continue to mix in the next several tracks accumulating with the two best cues of the soundtrack as De Palma and Donnagio get into full blown “Dressed to Killed” mode with “Rendevous; Purse Grab; Tunnel Claustrophobia” and “Reckless Love”. The momentum and entertainment continue right up through the final track “Body Double End Titles”.
“Body Double” is not as cohesive Pino Donnagio’s soundtracks for De Palma’s “Carrie” (1976) and

“Dressed to Kill” (1980), or his scary score for Joe Dante’s “The Howling” (1981). But it is a relentless, exciting, wildly entertaining score full of delirious over the top moments of pure cinematic bravado.
The soundtrack for “Body Double” is a blast. It is, like the film itself, a wickedly excessive piece of iconic pop culture and a must own soundtrack for De Palma fans, lovers of '80s cinema, and anyone who likes exciting suspense music drenched in pop eroticism.