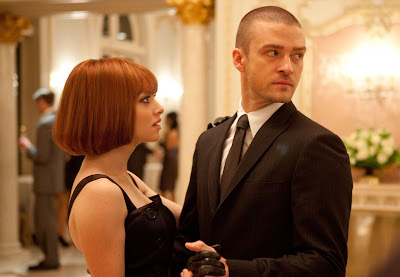 After blowing us away with his work in David Fincher’s “The Social Network” (2010), Justin Timberlake proves he can play an action hero.  The triple threat talent lights up every frame he is in and anchors a terrific cast that includes Amanda Seyfried, “Mad Men’s” Vincent Kartheiser, Olivia Wilde, and the outstanding Cillian Murphy who delivers a knockout performance as The Timekeeper.

Besides Andrew Niccol’s socially relevant “Logan’s Run”-esque script, Roger Deakin’s superb cinematography, the charismatic cast, “In Time” also benefits from an engaging score composed by the eclectic and talented Craig Armstrong. Known more for his work on films such as “Moulin Rouge” (2001) and “Ray” (2004) where the songs took center stage and the scores went (mostly) unreleased, Armstrong composed one of the best horror/suspense scores of the past two decades, “The Bone Collector” (1999), the underrated and irresistibly melodic and melodramatic “The Incredible Hulk” (2008), and the wonderfully soaring romantic themes of “Love Actually” (2003). 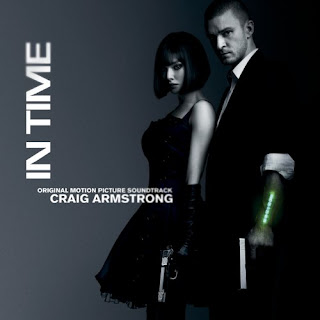 Armstrong creates a layered, textural soundscape to capture the brooding futuristic mood of “In Time”. He builds on top of this base by demonstrating his gift for melody as he deliberately develops the themes throughout the score, carefully building toward an emotionally satisfying finale.

The soundtrack open with “In Time Main Theme”, a haunting buildup of layered strings and synths that brings to mind Michael Nyman’s gorgeous theme for Niccol’s “Gattaca”. Next up is the propulsive “Lost Century”, a solid track marred by a lack of distinctiveness from your average Media Ventures cue. Armstrong fares much better with the next two tracks “The Cost of Living” and “Mother’s Run”, music used to score a key emotional scene in the movie between Justin Timberlake’s character Will and his mother Rachel played by Olivia Wilde. 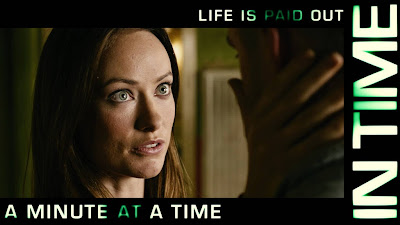 “Zones of Time” begins a section of the album where Armstrong lays down a motif rich series of layered cues with small bursts of exotic sounds that serve as effective atmosphere in tracks such as “Welcome to New Greenwich” and the all too brief melodic teases “Waking Up in Time” and “Ocean”. “In Time” has a unique, rich musical voice behind it, even if this the type of score that may go unnoticed during an initial viewing of the film.

But the second half of the soundtrack album is filled with cues that do demand attention, both in the film and especially as a stand-alone listen. 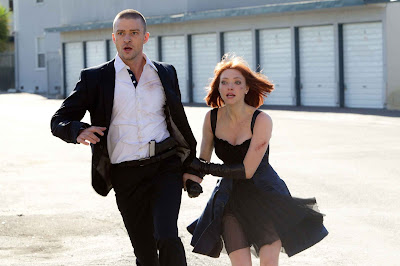 “Clock Watching” is beautiful cue marred only by its brevity. “Rooftop Chase” is—well—exactly what you imagine a techno-oriented action track titled “Rooftop Chase” should sound like. “Be Immortal” brings back a brief statement of the main theme before morphing into a vivid atmospheric suspense action cue.

It is in the final four tracks—representing the finale of the movie and the end credits—where Armstrong really gets his groove going. “Leaving the Zone” builds a wickedly exciting techno track around the main theme and is followed up by the engaging, choral dominated cue “In Time Choral Theme”, a return to action in “There’s Still Time”, and a finally a full throttled orchestral statement of Armstrong’s beautiful main theme in “In Time Main Theme (Orchestral)”.

Bottom line, although not as good as “The Bone Collector” or “The Incredible Hulk”, Craig Armstrong’s score for “In Time” is entertaining and always engages and makes for a solid stand-alone listen.