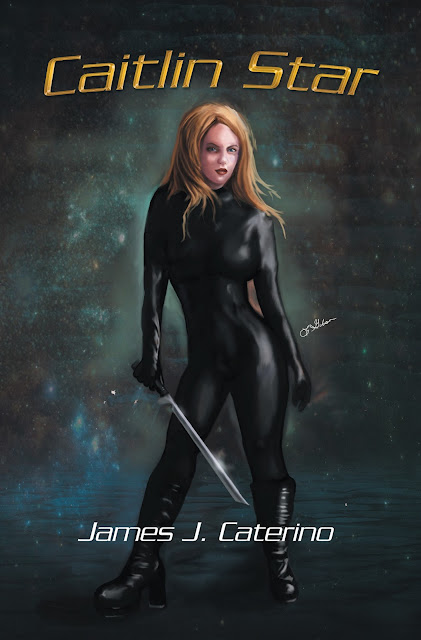 The flowing is a review posted by author and songwriter Archer Moore at Amazon.

When You Wish Upon a Star

The man named Gunner Star returns in the latest action packed adventure from author James J. Caterino. But this time Gunner plays a supporting role as his blossoming warrior princess takes center stage - Caitlin Star. For those unfamiliar with Caterino's Gunner Star novels, Caitlin Star is the perfect place to start. The world is a darker place than ever; with corruption and oppression run rampant and live televised beheadings sold as mainstream entertainment. Yet hope springs eternal as a rebel movement takes hold, a movement led by Action Heroes trained in the art of hand to hand combat mastered by an ancient race of hominids known as the Bull Mongoni. Caitlin Star chronicles the rise of a girl more wondrous than Wonder Woman, stronger than Sheena and braver than Merida. Caitlin Star is her own woman who follows a moral compass to restore goodness and humanity to a world gone mad. Packed with political intrigue, breathtaking battles and biting satire, Caitlin Star is the written equivalent of a video game, a graphic novel where the words are the pictures, a triumph for Caterino. I can only pray that my own daughter grows up to be half the woman Caitlin Star is.