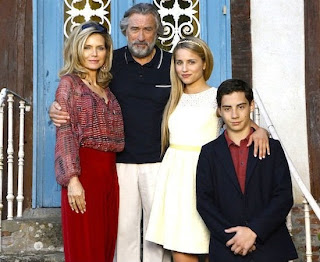 Mixing danger and dramatic violence with humor and heart is a monumental task to pull off in the context of a film. French director Luc Besson is the rare film-maker who can pull this off. Many of his films are a deft mix of action and comedy interlaced with moments of extreme violence and dark humor. Besson’s “The Fifth Element” (1997) is a good example of this style of shifting tones and the visually magnificent science fiction film has achieved cult status.

“The Family”, the new Besson film starring Robert De Niro, Michelle Pfeiffer, and Tommy Lee Jones, takes the  action/violence/comedy approach to a whole new level. It is an ambitious film that tries to thread a very fine needle in between tones and hit the dramatic sweet spot. And thanks in large part to a magnificent cast delivering top level performances, it succeeds in a big way. 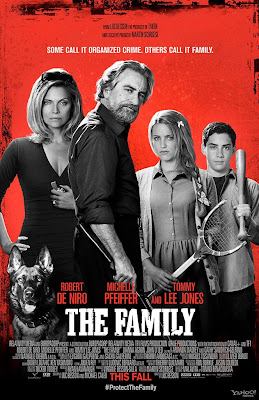 “The Family” is the story of an American mobster turned informant Giovanni Manzoni (now known as Fred Blake) and his family as they struggle to adjust to a new life in the witness protection program. Besson and his co-writers, Tonino Benacquista (who wrote the novel) and Michael Caleo wisely keep the location set in the director’s home country of France, setting up an endless array of cultural clashes ripe for humorous exploitation. And exploit the humor the film does, but not in just a shallow and situational way.

This movie may have the three act structure of a classical comedy, but the characters are wonderfully realized and fully developed, especially Robert De Niro’s Fred Blake. The casting of De Niro in this role may at first seem like a no-brainer, but actually it is a ballsy move fraught with all sorts of inherent risk. Besson and De Niro could have easily allowed the performance to become buffoonery and the film itself to slip into parody. Instead we are witness to a master director and an all-time great actor operating at the peak of their craftsmanship. De Niro’s performance in “The Family” is a pure joy. This is his best work in years. 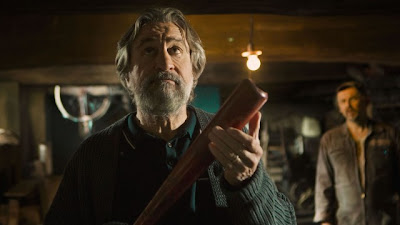 The rest of the cast is equally as miraculous. It is fantastic getting to see Michelle Pfeiffer back on the big screen without having to endure a lousy film with it (“Dark Shadows”). Like De Niro, her performance intentionally is designed to be self-reflective without being self-parody as it mirrors her work in the 1988 Jonathan Demme directed classic “Married to the Mob”. To say that Michelle Pfeiffer wears her years well would be a hideous understatement about how radiant this beautiful actress still is. 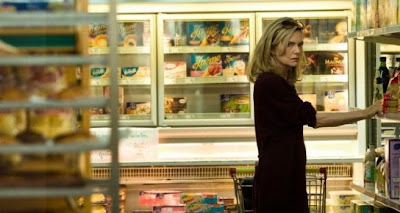 Dianna Agron is the real find here. Anybody who watched “Glee” knows how talented and charismatic this young actress is. But now we see her playing alongside Oscar winning actors in a film directed by a famous French auteur and there is only one conclusion to reach—Dianna Agron is sensational. She is going to be a major movie star. 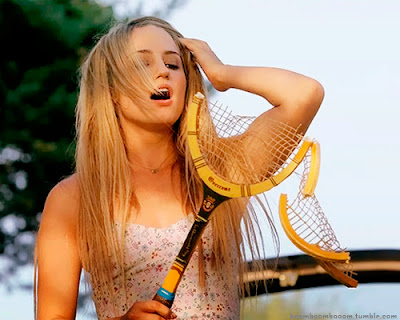 John D'Leo shows solid acting chops as the street savvy son, Warren Blake. Tommy Lee Jones is, well, Tommy Lee Jones, he’s great. Besson nails every single secondary and minor role with the perfect casting, especially when it comes to the French town’s people. There is a scene in the final act involving a debate and a film festival that alone makes this a must see movie.

Then there are the villains. Keep in mind these are not farcical villains. These are scary, authentic villains straight out Besson’s “The Professional” or “The Sopranos” or any number of Scorsese films. The villains are real and so is the danger they represent. What proves the movie works is when the family faces danger, not only do we fear for them, we care about them.

Despite all of the outrageous laughs, dark humor and the violence, in the end “The Family” is a film with heart. It ranks alongside “Elysium” as the best film so far in 2013.
Posted by James J. Caterino at 1:43 PM