If I could talk to the animals 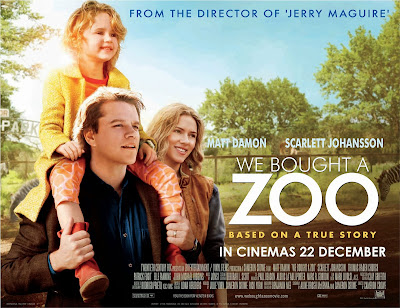 There are times when brooding angst and adult cynicism need to be put aside.

“We Bought a Zoo” is one of those movies where you need to just shut the critics out and let yourself feel.  It is the kind of story that will take you to a very special place if you allow it to.  It is the story of a man who—well—buys a zoo—and in the process learns a lot about himself as he gets to experience the world around him from a new and enlightened perspective.

The fictional zoo in the movie (called the Rosemoor Wildlife Park) is based on the real-life Dartmoor Zoological Park, located in Devon, England and the real-life family who purchased the zoo in 2007. Working from the non-fiction auto-biographical book by Benjamin Mee, director Cameron Crowe and co-screenwriter Aline Brosh McKenna keep the core of this wonderful real-life story, and add just the right touch of Hollywood gloss amid a classic three act structure. 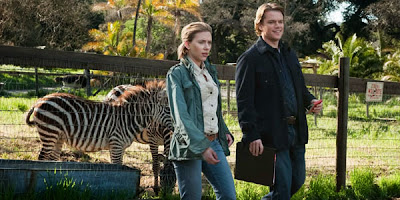 Crowe has always demonstrated a talent for working with actors and getting a great performance out of his lead. This trend continues with “We Bought a Zoo”. Matt Damon is fantastic, demonstrating a warmth and vulnerability that synergistically blends with his innate charisma and heroic on-screen presence. It is a skilfully executed performance resulting is in Benjamin Mee coming across as a memorable, complex, heroic character we root for.

Scarlett Johansson is terrific as Kelly Foster, the dedicated lead zookeeper who places her faith in Ben and becomes his mentor along the way. The supporting cast is spot on from the always engaging Thomas Hayden Church to the stellar talent Elle Fanning who steals every scene she is in. Her emotional honesty is astonishing and if this movie has one flaw it is that there should have been few more scenes for her character. 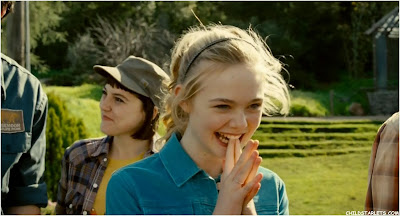 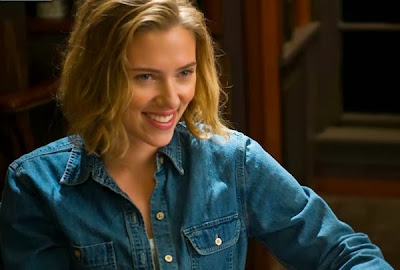 One major change the movie makes on the real life story is to have Benjamin’s wife die before the events in the film that lead to the purchasing and opening of the zoo. Crowe uses this to provide a way to give the zoo a more direct dramatic catharsis for the viewer. Caring for the animals and being responsible for a selfless and dedicated staff allow Ben to have a new purpose in life and both he and his children are able to connect and heal as they bond with the noble creatures now in their care. 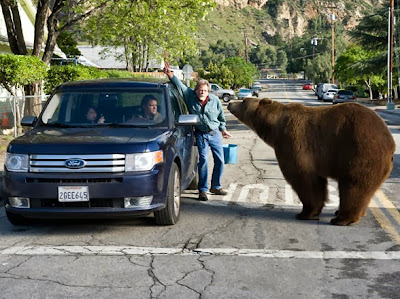 There is a wonderful scene halfway through the film where a bear named Buster escapes from the zoo and is loose in suburbia. An escape would jeopardize everything they have been working for and result in a rejection by the licensing board. Ben is the first to come upon Buster in an open field near a section of forest. When Ben stares at Buster and sees the bear experiencing the utter joy of freedom amid the natural world he was meant to live in—Ben has a profound moment of clarity. After Buster is tranquilized an emotional Ben’s first words are, “I want to give him a bigger enclosure. I don’t care what it costs.” One of the great pleasures of this movie is the experiencing the emotional journey of Ben’s character through the sincere and skillful performance of Matt Damon.

Bottom line, “We Bought a Zoo” is wonderful, sentimental feel good film anchored by a warm and engaging performance by Matt Damon. 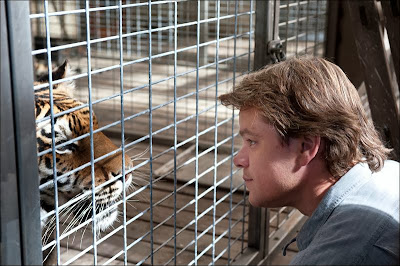