Soundtrack for a ‘Revolution’ 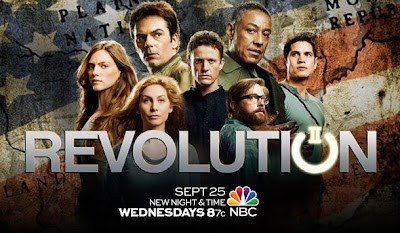 The bar was set high when ‘Revolution’ premiered in the fall of 2012 on NBC. Expectations ran white hot—not only for the show itself, but for the original music of the series. Bad Robot—under the leadership of creator-extraordinaire J.J. Abrams—had established itself asa  film oriented production company via “Alias”, “Lost” and “Fringe” as well as the Abrams directed features “M III” (2006), “Star Trek” (2009) and “Super 8” (2011).

The producers of “Revolution” turned to the fertile composer recruiting ground from where Michael Giachinno  had launched his stellar career—the world of gaming.  Christopher Lennertz was the composer chosen and the approach taken would be old school orchestral muscle.

Just like the series itself, Christopher Lennert’z music took a while to find its groove and initially suffered from a poor mix that dialed down the score to nearly inaudible levels. But by the end of the first season, both the show and the music were hitting stride and the “Revolution” year one soundtrack is now commercially available from WaterTowerMusic. As was the case with “Fringe”, J.J. Abrams himself turns composer for the “Revolution Opening Theme”, a brief but effective musical statement that sets the tone for the show. Christopher Lennertz follows in track two with what has become one of the thematic pillars of the series music, “Charlie’s Theme”, a straightforward, rich melody introduced with a flute solo before morphing into a flurry of Zimmer-style Americana flavored percussion. 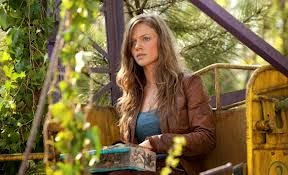 “Life After iPhones” is another well executed and varied cue featuring a stylistic color and instrumentation choices reminiscent of some of the great work done by Maribeth Solomon and Micky Erbe for “Earth: The Final Conflict”.

“The Plane Gang” is light cue representing the open road aspect of the show meshed with a sense of wonder. “Road to Wrigley” begins a series of tracks where the drama and suspense begin to build. This is a beautifully sequenced album that musically—and emotionally—does a great job telling the story of “Revolution” year one.

“Showdown” sounds like it could have been from a Marvel feature film, in particular it has the flair of Patrick Doyle’s outstanding score for “Thor” (2011). “Reflection – Randall’s Visit” is a crisp, moving, dramatic statement of Charlie’s Theme than ends in a quick action flurry.

Some of the other album highlights include the explosive “Rachel Kills Strausser”, the propulsive action cue “The Lighthouse”, the delicate “Maggie Dies”, another brief variation of “Charlie’s Theme” in “Family Reunited”, and more “Lost” style suspense in “Helicopter”.

The final third of the album is filled with great stuff.  The full-bodied “Charlie Thanks Miles”, high drama and the wonder of it all in “Revelation”, the outstanding emotional suspense cue “Fly Away”, and the exciting action-packed finale “Genesis of Power”. It is impossible not to bring up “Lost”—and to a certain extant “Fringe” when discussing the music of “Revolution”. The now firmly established tradition of great television scoring in Bad Robot productions is well represented by “Revolution” and Christopher Lennertz is a talent on the rise. The music of “Revolution” does not have the depth of thematic material Michael Giacchino brought to the “Lost” nor the unique flavor and deep emotional timber of Chris Tilton’s music for “Fringe”.

Bottom Line : Although it may not (as of yet anyway) resonate up there with the soundtracks of past Abrams classics—make no mistake—the music of “Revolution” is top-notch television scoring, makes for an entertaining and exciting stand-alone listen, and is a must own for fans of the show and soundtrack collectors who like an old school orchestral vibe to their music.