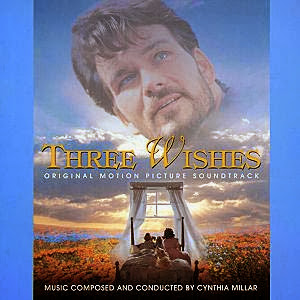 “Three Wishes” is a lost gem of magical storytelling from 1995 starring the late, great Patrick Swayze and Mary Elizabeth Mastrantonio.  Set in 1955, it is a suburban fairy tale reworking of the Western “man with no name” formula and it works far beyond anything you might expect from a quiet, under-the-radar family drama that has been lost in the corridors of time and long forgotten by almost everyone except this reviewer.

The always commanding Patrick Swayze brings his usual gravitas to the picture and delivers a touching and memorable performance as the mysterious drifter Jack. The underrated Mary Elizabeth Mastrantonio inhabits the character of Jane Holman with a delicate balance of sadness and warmth and the chemistry between her and Swayze is terrific. Martha Coolidge’s direction is wonderfully understated and she gets great work from the young Joseph Mazzello who played one of the children in “Jurassic Park”. 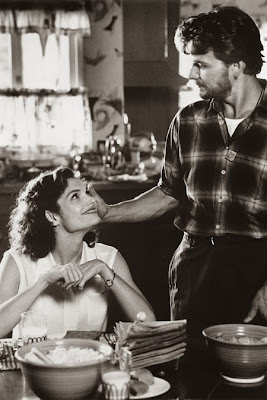 But what makes “Three Wishes” truly standout is the soaring, melodic, dramatic score by Cynthia Millar. Inexplicably this is the only major feature film scoring assignment Millar was given. This absurdity only strengthens the argument that women composers are not given a fair shake in the industry. This is a soundtrack brimming with sensational and fully explored musical ideas that will captivate any film music fan.

Cynthia Millar was a protégé of the late, legendary composer Elmer Bernstein and the influence of her mentor can be felt right away in track one of the soundtrack album, “The Magic Begins”—a rich, varied cue with great emotional color. Millar composes with vertical movement and melodic purpose—classic Bernstein trademarks—as are her clean, crisp orchestrations. “Three Wishes” is the perfect antidote for soundtrack fans tiring of the wall and sound/ambient noise style of scoring so prevalent today.

“Tom Remembers” introduces a mystery motif used throughout the score to represent the families past tragedy. “The Highway” is a sense of wonder theme used for Patrick Swayze’s enigmatic drifter character and is further developed in the outstanding dramatic cues “Jack” and “Jack’s Life”.  “Hide and Seek” is bouncy, playful cue that ends on a melancholy note—pure Bernstein. 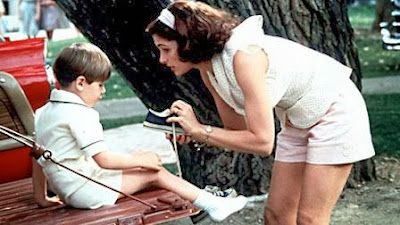 The “Three Wishes Album” is sequenced with thirty tracks—every one of them packed with lush, melodic film music. The emotional tension sentiment continues to build in each sequential cue highlighted by “Explorers”, the wonderfully dramatic “Father’s Day”, the foreboding “Bad News”.

At 3:30 “Love” is one of the longer cues on the album—and what a beautiful piece of music it is—haunting, moving, melancholy—and in a few spots—achingly sad before it ends on a soaring sentimental surge that will move anyone with a beating pulse who did not get an emotional bypass at birth.

“Coach” is a glorious brief cue dripping with sentiment that opens the way for the moving “Gunny’s Wish” and a bold statement of “Jack’s Theme” in “Jack’s Wish”.  Then Millar ups the emotional ante for the tear-inducing “Jack and Jean”, a cue that ranks up there with some of Bernstein’s brilliant work on “Far From Heaven”. “Gunny Flies” is an absolute treat, a soaring piece of wonder and magic reminiscent of Bruce Broughton’s “The Boy Who Could Fly”. 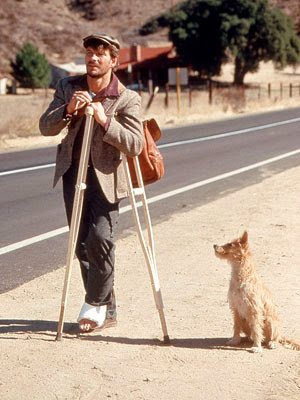 Millar shows complete mastery of her emotional material as she takes us into the home stretch  with the final three cues, “The Homecoming”, “Tom Gets His Wish”, and wonderful summary of the main thematic material in “End Credits”.

Bottom line: Cynthia Millar writes gorgeous music packed with mood, color, melody, and emotion. If you liked Elmer Bernstein’s “Far From Heaven” soundtrack and the sentimental scores of Bruce Broughton and James Horner from the 80s, then you will love “Three Wishes”.
Posted by James J. Caterino at 3:40 PM