Music of ‘The Fantastic Journey’ 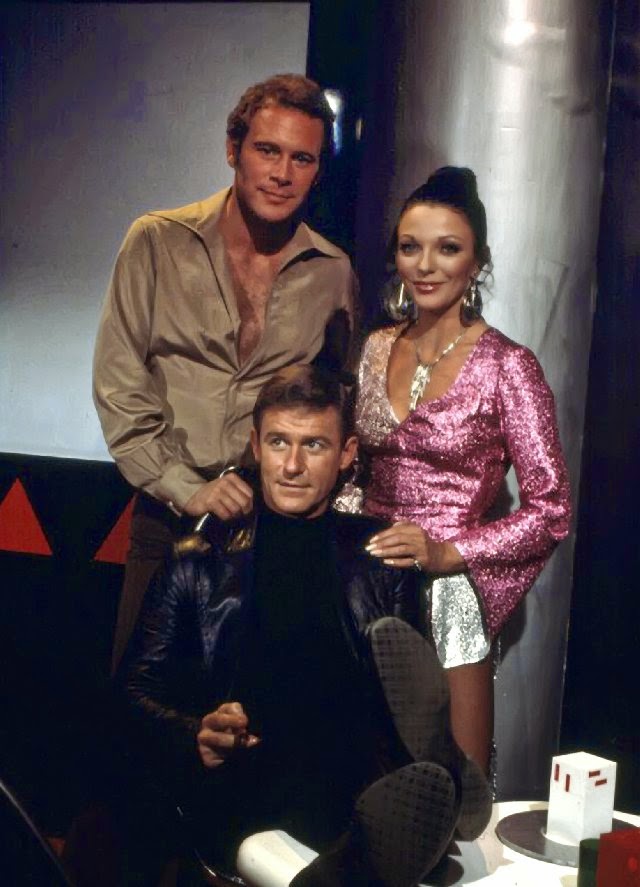 Remember “The Fantastic Journey”? Chances are you do not. This barely seen science fiction television series ran (with little fanfare and zero network support) on NBC from February to June in 1977, just prior to the “Star Wars” sci-fi explosion.
Although it lasted only ten episodes, this seductive, imaginative, and irresistibly entertaining series left an strong impression for anyone who ever saw it, especially if you were of a certain age and stumbled upon the show (it was never promoted by NBC) during its initial run. The series also featured several notable guest stars including Joan Collins pictured above with Jared Martin and Roddy McDowall. 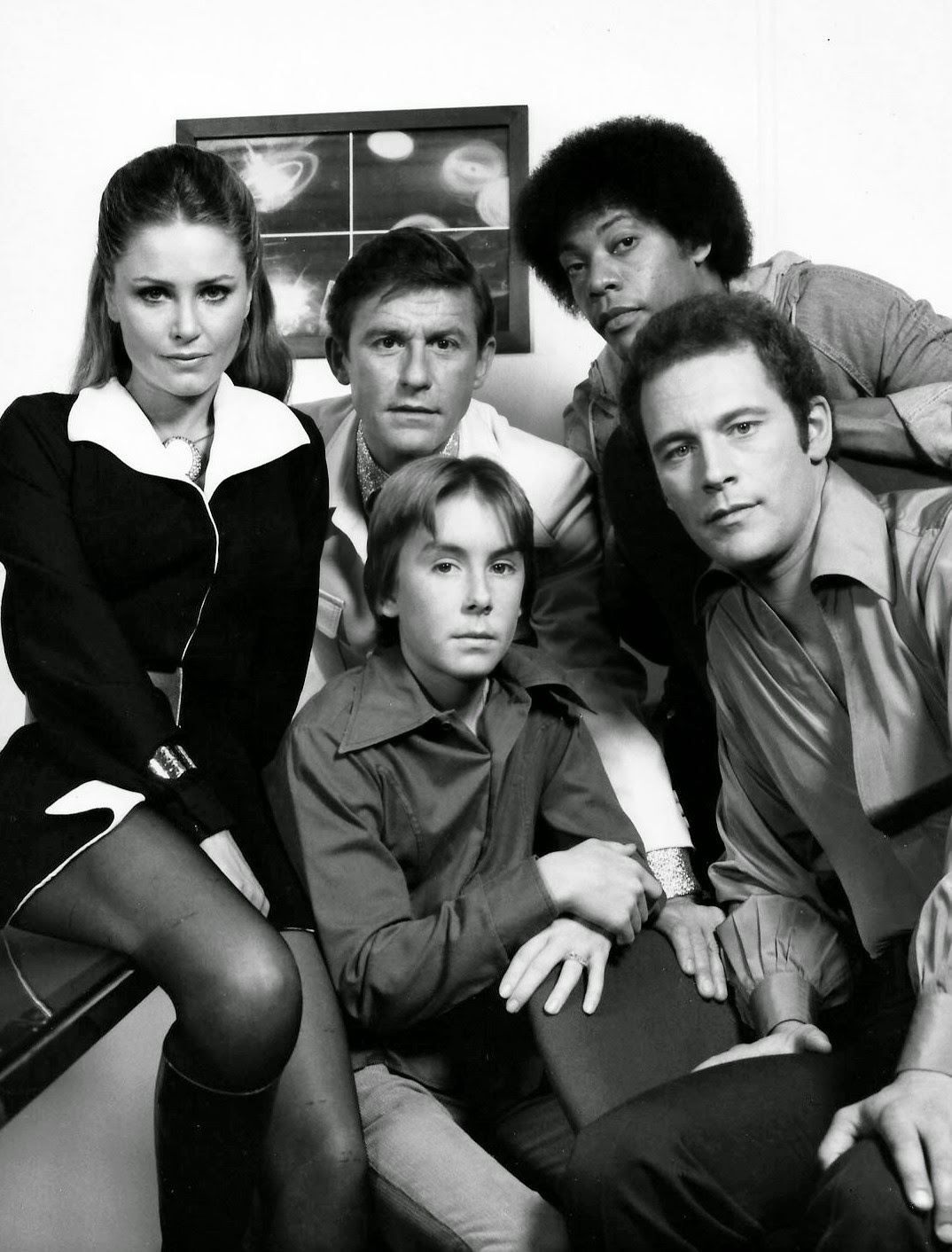 After its cancellation in 1977, the show vanished—literally—never to be seen for decades and still has never been released commercially on any home video format (VHS, Laser Disc, DVD, online streaming—nothing).
But now people are discovering (and rediscovering) “The Fantastic Journey” for two reasons. Number one is the outstanding coverage of the show by the prolific and popular genre writer John Kenneth Muir at John Kenneth Muir's Reflections on Cult Movies and Classic TV. Number two is the availability of all ten episodes on YouTube, apparently recorded from a Bravo Network showing of the series. Thanks to this generous YouTube user, the show can now be seen, and perhaps will gain a following strong enough to entice some production company to produce a DVD set, or at least make the show available in a high-quality streaming format.

While “The Fantastic Journey” suffered from all the usual detriments of genre television shows of the era (low budgets, recycled props, impossible deadlines, static camera work etc.), there was an intelligence about the show. The great Dorothy Fontana (“Star Trek”, “Logan’s Run”) was story editor of the show and brought her usual trademark of exciting, character driven science fiction writing to the series. In addition, the cast did a terrific job of bringing these characters to life, especially young Ike Eisenmann and the always interesting Roddy McDowall.
Another element of “Journey” that leaves a strong impression is the striking music by composer Robert Prince. Besides the D.C. Fontana influenced writing, this is another area where the show emulates classic “Trek”. The producers allow Prince to let loose and compose bold melodic scores with strong themes and aggressive atonal action music. This is a show where the music is given room to breathe. Several of these episodes are worth tracking down and watching on YouTube for the music alone.
The main title theme for “The Fantastic Journey” is pure, unabashed ‘70s. Robert Prince utilizes his jazz background to deliver a funky melodic overture that is as irresistible as the montage and accompanying narration that introduces the characters and sets up the premise of the show.

“An Act of Love”, is part “This Side of Paradise” (the classic Trek episode written by D.C. Fontana) part “Indiana Jones and the Temple of Doom” and features some of the best character moments in the entire series. The score, anchored around an ethereal female choral, is absolutely haunting. It contains one of the strongest pure love themes of any genre show ever and infuses the episode with a profound sense of obsessive romanticism, mystery and wonder. The “Temple of Doom” part of the score works well also, creating as Prince uses Goldsmith/Rosenman action rhythms to create a pounding excitement and sense of danger. 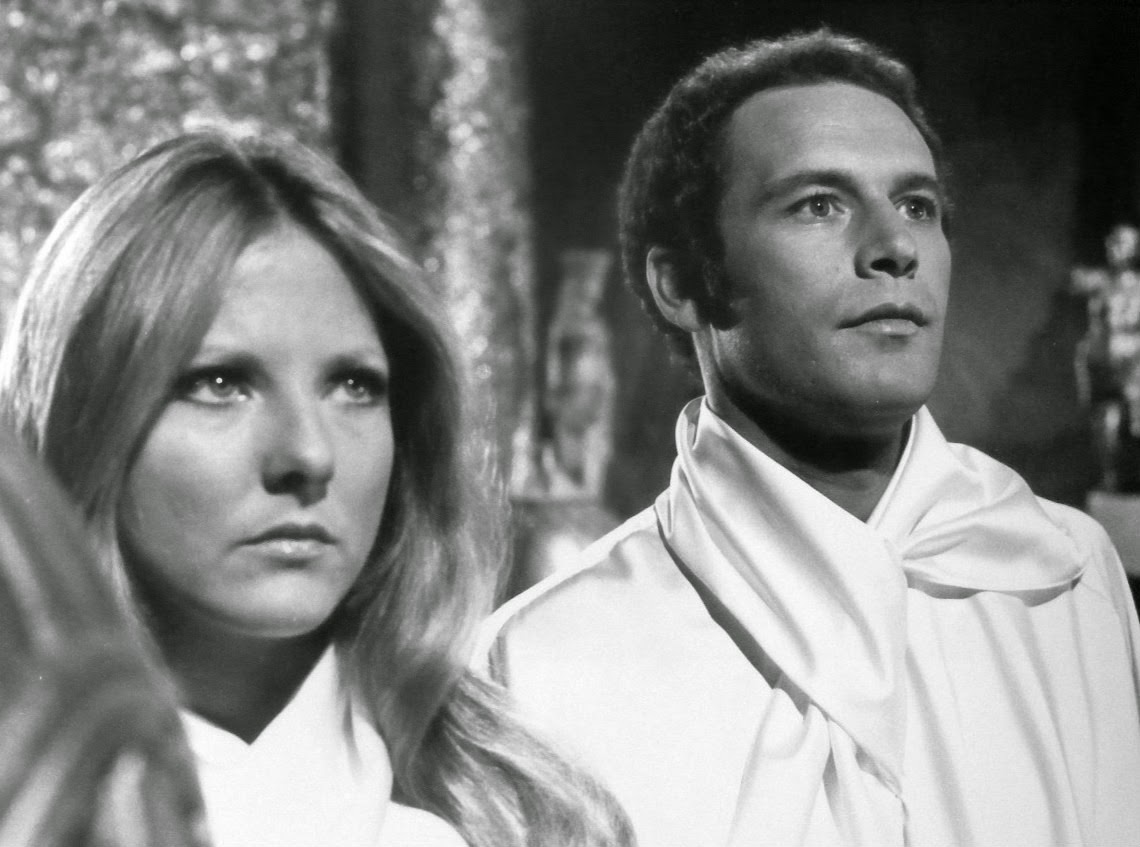 “Funhouse” is more or less a pure horror episode that makes brilliant use of its carnival setting to create a claustrophobic house of horrors feel. Once again Robert Prince is called upon to create what the budget could not as his atonal blend of harsh (and effective) electronics mixed with bursts of avant-garde orchestra add to the thrills.

“A Dream of Conquest” guest stars the great John Saxon as a cruel, power mad dictator in a solid “civilization of the week” episode. The score to this episode (which features an intelligent primate the cast must rescue from the abusive Saxon) is highlighted by several rousing action cues featuring aggressive bursts of escalating brass and percussion in the atonal style pioneered by Goldsmith and Rosenman in the “Planet of the Apes” series.
"Atlantium", the second episode in which we are introduced to the enigmatic Liana played by the beautiful Katie Saylor, is another strong score centered around a soaring new age Enya-esque motif. In another classic Trek play, music from this episode, as well as “An Act of Love” was tracked into later episodes. 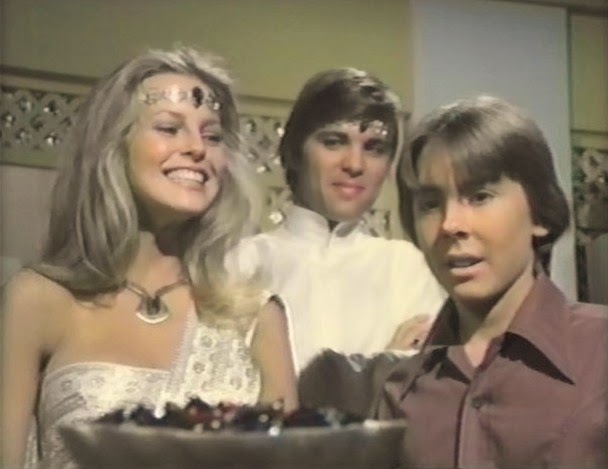