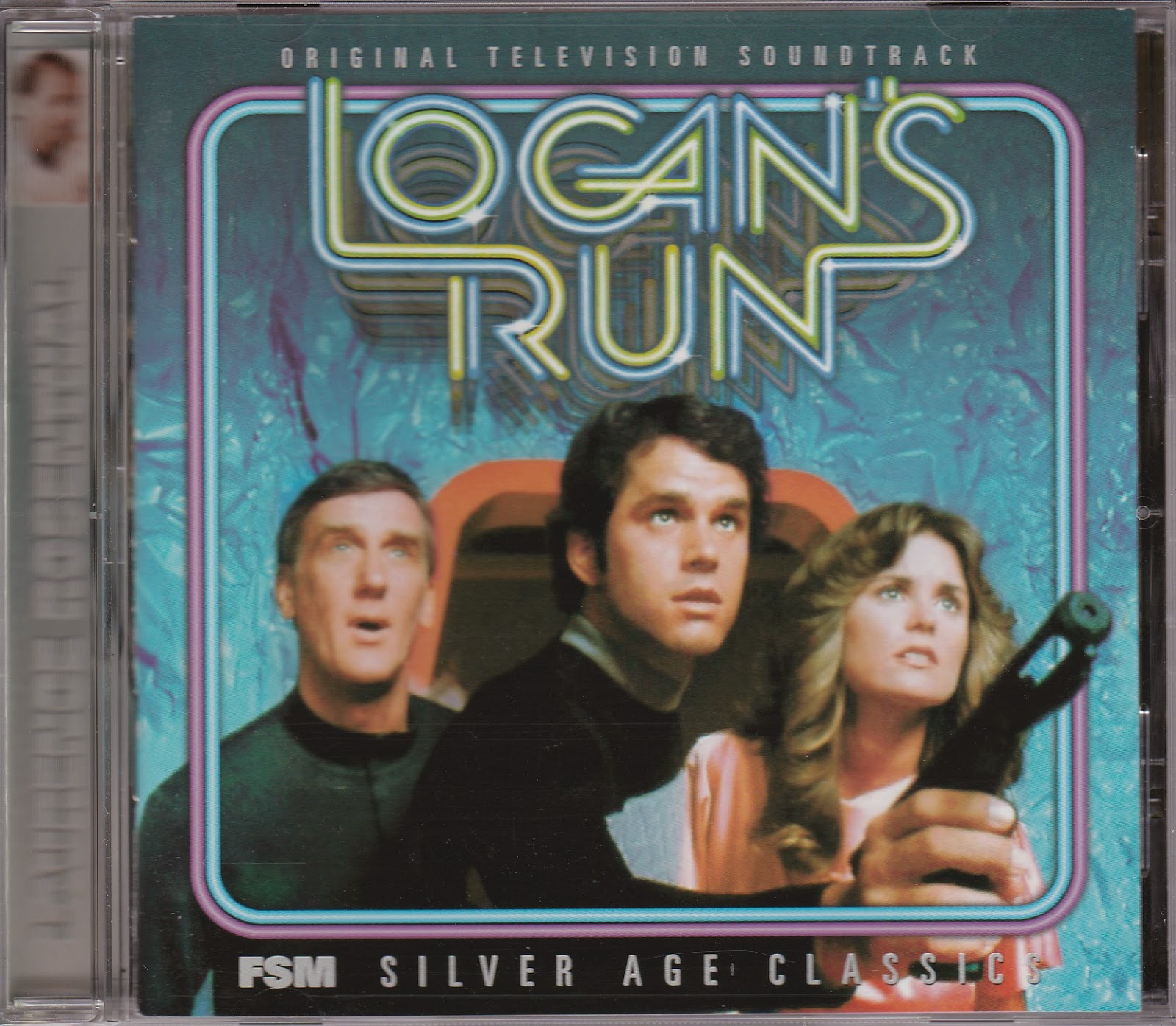 1977 was a watershed year in popular culture. “Saturday Night Fever” took disco from the clubs, put it out into mainstream America, and made Vinnie Barbarino into a superstar. Steven Spielberg was about to unleash a top secret UFO project called “Close Encounters of the third Kind”. And oh yeah, there was a little space opera called “Star Wars”.

One would think that the producers of “Logan’s Run” had struck gold and September of 1977 would have been the ideal time in all of history to launch a new science fiction show on television. But “Logan’s Run” had the decked stacked against from the beginning with a less-than-adequate budget and a hostile network (CBS) who failed to promote the show and jerked around with the timeslot, eventually sticking it on Monday nights opposite ABC’s “Monday Night Football”, a show with a similar demographic. 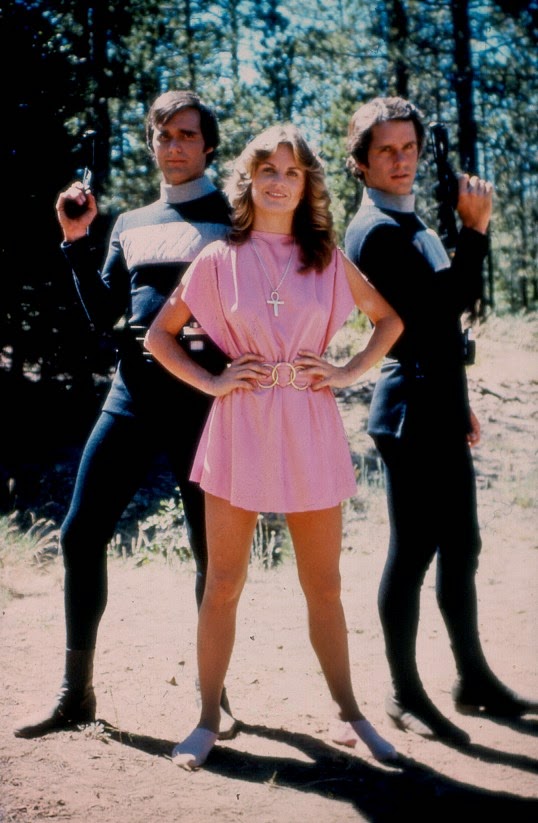 Still, even though it lasted only fourteen episodes (three of which CBS never bothered to air), the show managed to make an impact to those young viewers who watched it back in 1977.

The series featured two insanely attractive leads—the charismatic Gregory Harrison as Logan 5, and the beautiful Heather Menzies as Jessica 6. The most frustrating aspect of “Logan’s Run” the series is the lost opportunity to explore the dynamic of these two characters. Both the book and the feature film have a strong erotic quality and the physical chemistry between Michael York and the sensuous Jenny Agutter is one of the great pleasures of the 1976 movie. Of course, in the sanitized world of network television circa 1977 it is understandable this had to be toned down somewhat. But the producers went way too far in the other direction—to the point where the relationship between Logan and Jessica comes off as some sort of neutered down, awkward brother sister thing. If only these two characters were permitted to have an adult, romantic/sexual relationship the show would have been so much better. 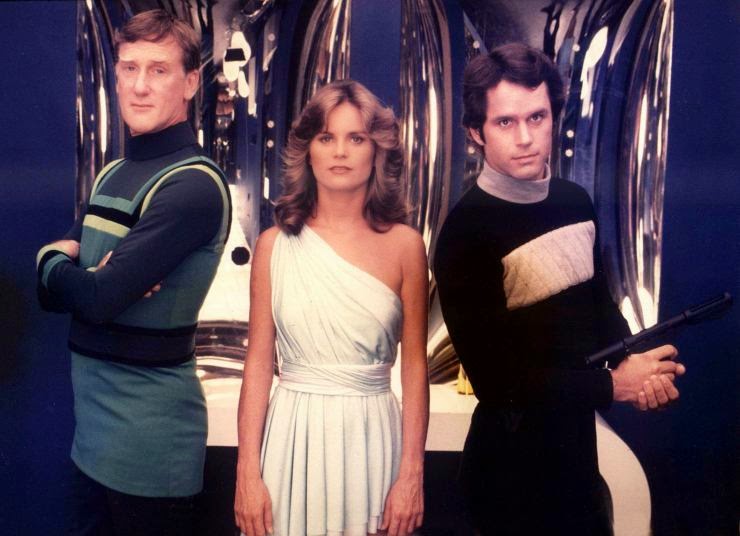 Faring much better with the writers was the character of Rem, an android that befriends Logan and Jessica in the 90 minute pilot episode and joins them in their civilization-of-the-week adventure as they travel across the parched post-apocalyptic earth of 2319 in a super cool hovercraft SUV (actually, a really cool functional prop). Rem is an outstanding character skillfully portrayed by the great character actor Donald Moffat. Rem is the precursor to Data from “Star Trek: The Next Generation”. And like Data was on STTNG, Rem is the heart and soul of “Logan’s Run”.

Even though “Logan’s Run” the series was based on a popular novel and hit movie adaption (a semi-hit anyway) and had two network-placed executive producers (Ivan Goff and Ben Roberts), the true creative force being “Logan’s Run” was the legendary “Star Trek” story editor Dorothy Fontana and producer/show runner Leonard Katzman. The two of them were hot off “The Fantastic Journey”, which had received a similar bastard-stepchild treatment by NBC and was criminally axed after only ten episodes.

They bought to “Logan’s Run” the same sense of wonder and imagination that made “The Fantastic Journey” such a pleasure to watch. Most importantly, Dorothy Fontana brought her writer connections with her as well. So the list of writer contributors were some of the best science fiction television scribes of the era (or any era) including Harlan Ellison, Kathryn Powers, John Meredyth Lucas, and David Gerrold, who wrote the show’s best episode, the outstanding “The Man Out of Time”. 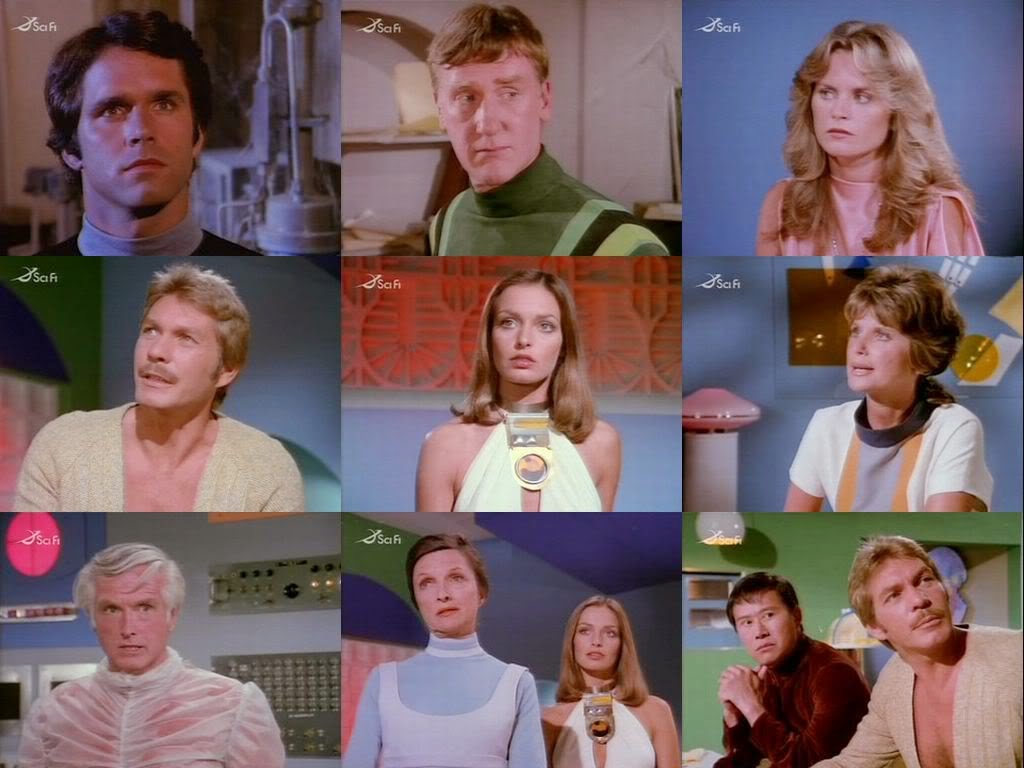 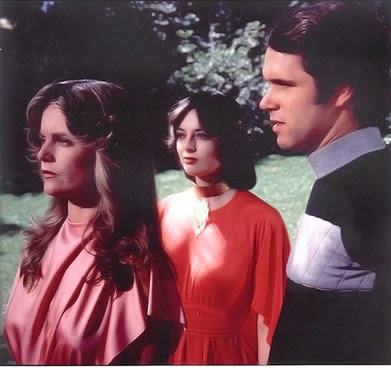 Besides fantastic guest stars, story editor Dorothy Fontana, and imaginative stories from top science fiction writers, there is another thing that “Logan’s Run” shares with “Star Trek” and “The Fantastic Journey”—great music.

The staple of composers who scored episodes of “Logan’s Run” include Jeff Alexander, Jerrold Immel, and one of my all-time favorites, the ultra-talented Bruce Broughton, who would go on to get an Oscar nomination for “Silverado” and compose the scores for “Young Sherlock Holmes” and “Harry and the Hendersons” among many others. But the bulk of the music, including the gorgeous pop-infused main theme (complete with a wailing disco siren) was composed by movie and television veteran Leonard Rosenthal.

Rosenthal is best known for the soaring title music from “Fantasy Island” and he infused “Logan’s Run” soundtrack with the same wonderful sense of melody. His best score is also for the above-mentioned best episode, “The Man Out of Time”, where he creates some very moving George Dunning-esque dramatic cues.  The action and suspense of the series is underscored with exciting atonal cues, similar to the approach Lalo Schifrin took with another short-lived civilization-of-the-week 70s show, the “Planet of the Apes” television series.

Bottom line: Although marred by a neutered relationship between its two main leads, “Logan’s Run” is an imaginative, well-written piece of 70’s sci-fi kitsch with a wonderful sense of adventure, great guest stars, and an engaging performance by Donald Moffat as Rem. 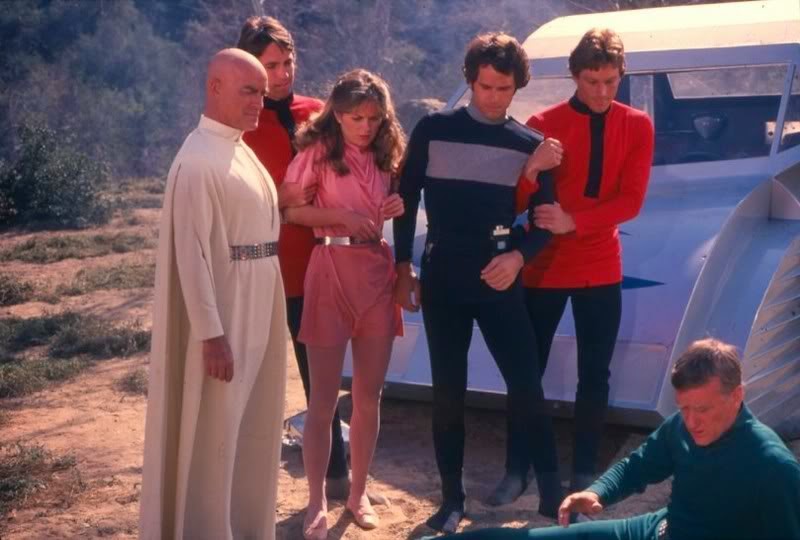 “Logan’s Run” episodes are available on DVD and streaming at Amazon.com. A limited edition soundtrack was produced by Film Score Monthly and is still widely available.
Posted by James J. Caterino at 9:29 PM