Here are a few of my favorite things right now. 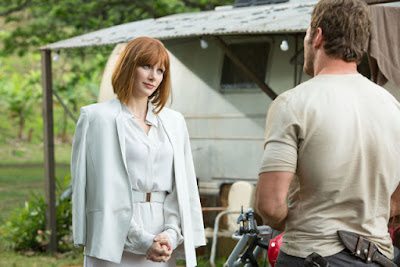 I don’t care what anyone else says or thinks, I love “Jurassic World”.

I absolutely love the music by Michael Giacchino and how beautifully it merges with the classic “Jurassic Park" themes of John Williams. I love the big action set pieces and the production design of the park itself. I love the character arc of Claire (Bryce Dallas Howard) from a corporate shrill ice queen to an action hero that cares. I love the “Indiana Jones” styled Owen character (Chris Pratt), his second in command Barry (Omar Sy), and the relationship they have with the raptors. I love the fact that the T-rex from the first film is given finally proper respect he so desperately deserves.

But most of all I love the film’s philosophy and heart, and its thematic subtext about responsibility when it comes to the exploitation of nature and animals. 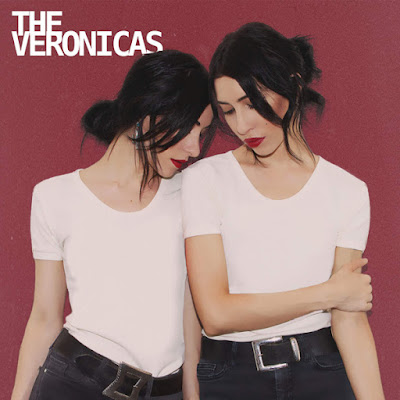 I have been obsessively playing this knockout new album and watching their new serialized videos. My iPod training playlist is peppered with Veronica songs both new and old, and the new CD spins non-stop in my car. As the lyrics to one the new album’s songs says, after a way too long hiatus of five years the Veronica are “back with a vengeance”.

The self-titled new album is a glorious treasure trove of catchy pop tunes laced with a touch of the edgy rocker girl angst that dominated the identical twins’ 2007 album “Hook Me Up”.  “Teenage Millionaire” is an irresistibly dance-able piece of pop art I just cannot get enough of and “You Ruin Me” is a masterful ballad of heart-breaking proportions. 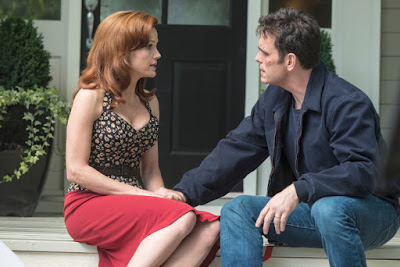 This summer has seen the improbable comebacks of two major forces in entertainment who have spent the last decade in an embarrassing tailspin. One of them is Arnold (see below). The other is M. Night Shyamalan who directed the impressive “Wayward Pines” pilot episode and is Executive Producer of this addictive new mystery/thriller/science fiction summer series.

Based on the novels by Blake Crouch, this sumptuously photographed series certainly owes a huge debt to David Lynch’s and Mark Frost’s legendary cult show “Twin Peaks”, as well as Chris Carter’s criminally underrated mid-90s horror series “Millennium”. But the spooky “Wayward Pines” boldly goes off in its own very original direction. 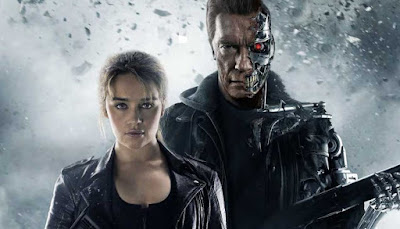 Admittedly. I am a fan. Hell, even hearing that famous four note “Terminator” musical motif (Ta da, da da) gets me jacked, so I will grant you that the nostalgia effect is present in my perception (and reception) of this movie. But still, as is the cases in so many films of late, the grumpy critics are way off on this one. Similar to what happened with Robert Zemickis’s 1989 time travel masterpiece “Back to the Future II”, everyone keeps complaining it is “muddled” and “confusing” and they don’t understand it. While “Genisys is not in the same class as “Back to the Future II”, and the multiple timelines have the added challenge of having different actors in the same roles and being shot thirty years later, the timelines are still clean, logical and respectful of both the sacred texts of James Cameron and the latest theories of quantum mechanics.

But beyond all that and most important of all, Arnold is back! After a spectacular and humiliating fall from grace, the former persona non grata has worked himself back into shape (physically and acting wise) with the same trademark intense focus that once made him the biggest star in the world—an actor who along with director James Cameron literally created a new genre in 1984, the R-rated science fiction action film.

Seeing this movie was like seeing the old Arnold at the peak of his powers in 1991. His rock star charisma has returned and he has great chemistry with the fantastic Emilia Clarke. She is wonderful as Sarah Conner. What I loved most about this movie was the relationship between their two characters. And of course that four note motif.