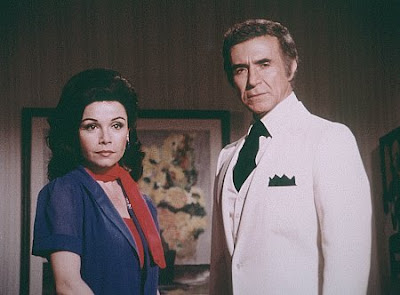 “Fantasy Island” sometimes ventured into flat out supernatural horror. This was strongly discouraged by the suits at ABC who wanted to keep things light and frothy to fit right alongside their lead-in show, “The Love Boat” (a show that came complete with a canned laugh track!”) 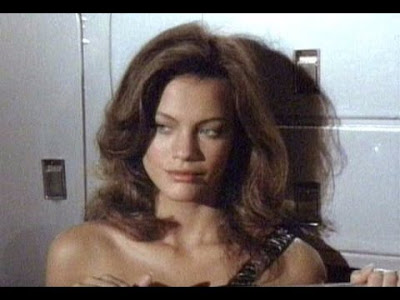 But by the third season the writers were beginning to push back and several darker storylines began to appear including "Mary Ann and Miss Sophisticate" written by Herman Groves, starring a very effective Annette Funicello as a ventriloquist who fears she is losing her personality to her dummy “co-star”, and a stunning Maren Jensen (Athena from “Battlestar Galactica” classic) as the vengeful doll come to life. This intense, scary segment is every bit as good as any other television show’s version of this often-used idea. Seeing this segment the other night on COZI, I was very surprised (and pleased) by the intensity and sexuality of this gem of a story.

Well, at least they did not pair “Mary Ann and Miss Sophisticate" with some wretched attempt at so-called comedy as is usually the case with the great, serious segments. 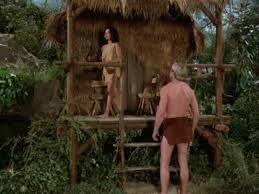 Truth be told “Jungle Man” is a pleasant segment featuring a really cool idea. Late 70s TV stud Dennis Cole plays an out of work actor who starred in a “Tarzan” type series that ran for twelve years. Now he wants to go back to the fictional world of the show—but have the danger be real. This really is a cool idea and the casting is superb including the beautiful France Nuyen (“Elaan of Troyius” from classic Trek) and NFL legend Dick Butkus as a villainous henchman. Unfortunately this ambitious storyline is sabotaged by a paltry budget and sub-sitcom production values.

Bottom line: Taken as a whole one of the better episodes with “Mary Ann and Miss Sophisticate” ranking as one of the best individual segments in the entire series run. Excellent music by Lance Rubin.
Posted by James J. Caterino at 3:39 PM