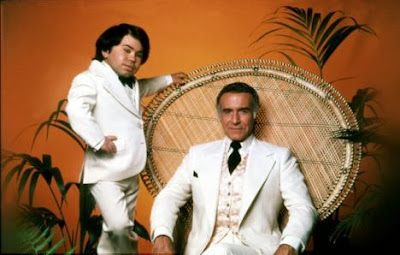 “Nona” has an irresistible story hook. A detective is trying to find a famous actress who has dropped off the grid.  He is haunted by the memory of the one time he met her and develops feelings for her while reading through a diary provided to him by her family. But before he can locate her, the detective is struck by permanent blindness. His fantasy is to be able to see again in order to finish the search for what has become his lost love. Mr. Roarke is able to give the detective his sight back, but only for 48 hours and his vision will gradually begin to fade as that bewitching deadline approaches. 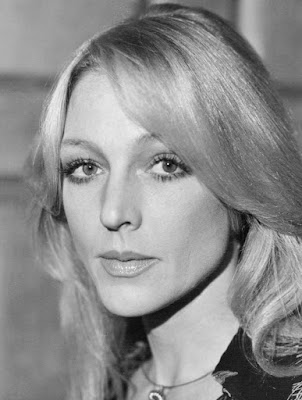 The blind detective is played by the always outstanding Peter Graves and the broken actress in hiding is the luminous real life screen legend Joanna Pettit. This is “Fantasy Island” at its absolute best! Both Graves and the beautiful Joanna Pettit are wonderful. Everything about this moving love story
works. I vividly recall seeing the original on-air broadcast back on March 1st 1980. It must have affected me because I see elements of my novel “She” here. 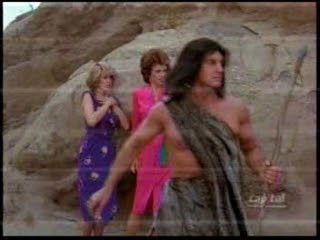 The other segment in this episode, “One Million B.C.”, is as lazy and uninspired as this show gets. It tries to rip off the famous Raquel Welch film of the same name as two modern woman want to go back in time to when “men were men and women were women”. This silly and scientifically preposterous premise (umm dinosaurs and humans missed each other by like 65 million years) did work in the aforementioned film, as well as Hammer’s “When Dinosaurs Ruled the Earth” with Victoria Vetri. But those movies focused on eroticism and actually had good production values and decent scripts (“When Dinosaurs Ruled the Earth” was written by acclaimed author J.G. Ballard and had cool stop motion dinos). “Fantasy Island” regular Phyllis Davis is a pretty lady, but does not have the star power of Raquel Welch or the primal sexual charisma of Victoria Vetri. And even if she did, it could not be displayed in the sanitized world of network television in 1980.

Bottom line: The moving and romantic “Mona” is a beautifully acted, well-written segment and more than makes up for the lazy “One Million B.C.” it is paired with.
Posted by James J. Caterino at 6:51 AM