‘Supergirl’ gets 'The Flash' treatment 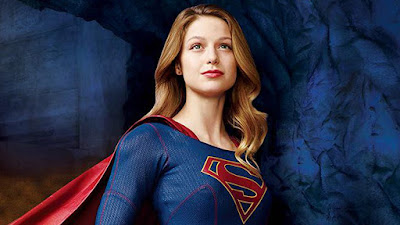 After months of a beautifully crafted and executed promotional campaign, “Supergirl” made its long-awaited, furiously anticipated debut to record ratings on CBS Monday night, giving fans the first stand-alone incarnation of the character in any medium outside comics since the underrated 1984 film starring a young ,(18 years of age while filming), Helen Slater. 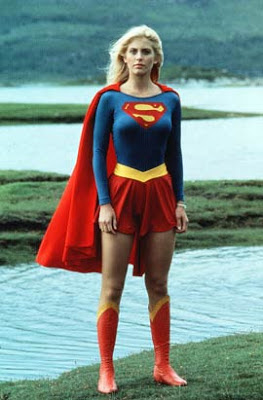 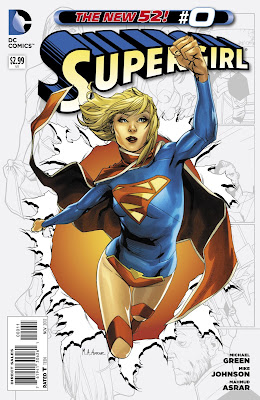 Eschewing the current New 52 storyline as well as all previous origin stories in comics as well at the 1984 film, the producers opted for a mini-Smallville style beginning (mostly off screen) where Kara arrives on Earth at age 14, is met by Kal-El, set up with foster parents (played by Dean Cain and the great Helen Slater), and raised as a normal girl with a big sister who chooses (or maybe is convinced by an insecure older sister?) to forget about her powers and just lead a mundane life of dating dorks and fetching coffee for her obnoxious boss, media mogul Cat Grant played way over the top by Calista Flockhart.

Such is the setup as the adventure begins for a now 24 year-old Kara Zor-El.

But then, fate intervenes. Kara’s big sister’s commercial flight is the victim of foul play, is in a plummeting free fall, and Kara decides to use her powers to save her sister and the plane, thus going public with her powers. 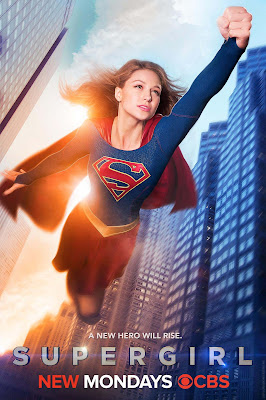 Far from showing gratitude, her sister Alex, (played by Chyler Leigh), warns her this was a mistake and that she is now in grave danger. Alex should know. She works for a super, secret CIA type agency that have been tracking a freighter full of alien hardcore convicts from Krypton and other places. In a plot line straight out of “Superman II”, many of these convicts were sent to their fate by Kara’s Kryptonian mother Alura, and would love nothing more than seek retribution by destroying the daughter of their jailer.

All of this is just as fun as it sounds, and like “The Flash” that it seems modeled after, surprisingly poignant and quite emotional at times.

In my last blog post I raved about Colleen Atwood’s suit design and after seeing it in action, I  am even more impressed.

As expected, Melissa Benoist as absolutely fantastic as Kara Zor-El / Kara Danvers / Supergirl. She brings a natural, effervescent charm to the role, but also shows she can kick ass when required.  Her performance as the nerdy, character within a character coffee fetching Kara Danvers is a spot on hilarious and another wonderful nod to the Christopher Reeve “Superman” films.

Also, I positively, absolutely dig the Jimmy Olsen character reboot (now “James”, unless you are Superman that is), into a hunky, cool bad ass played with electrifying charisma by Mehcad Brooks. Hank Henshaw, described as “a former CIA agent and current head of the Department of Extra-Normal Operations” is played by David Harewood, who actually did play the CIA director on “Homeland”, and carries the same intense gravitas here that he did on that acclaimed show.

The CGI flying effects are beautifully rendered, although I would like to see some slow non-action flying sequences such as when Helen Slater skimmed the lake or Christopher Reeve took Margot Kidder on a romantic flight among the clouds.

The standard composer of choice for Greg Berlanti, Blake Neely provides the music. While he is no Jerry Goldsmith or John Williams, (or Michael Giacchino), the music works fine within the show, especially the quieter emotional material.

I have only two minor quibbles. The Cat Grant character just does not work for me. It is the one part of the trailer that looked bad and it is just as bad here. Let us hope she is toned down and developed a bit and does not become the Otis or Jar Jar Binks of this show. And a few seconds of screen time for Helen Slater??? Really? At least Berlanti gave John Wesley Shipp a meaty role in “The Flash”.

“Supergirl” is an absolute joy featuring an irresistible Melissa Benoist as the girl in the red cape, a strong supporting cast, and a colorful, entertaining storyline with great potential.