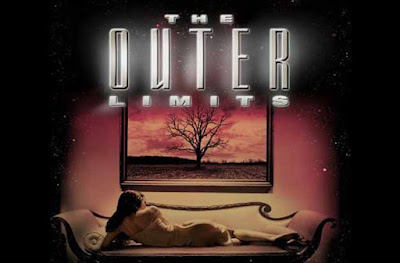 In another review series here I have been taking a look at “Amazing Stories” as a homage to its 30th anniversary. There is another anthology series also celebrating a landmark anniversary. “The Outer Limits” second incarnation premiered 20 years ago on March 26, 1995.

But unlike “Amazing Stories”—which was met with hostile reaction, dismissed, and has been so neglected and forgotten it cannot even get a commercial DVD release of its second season—the 1995 version of the “Outer Limits” was a smashing success for the Showtime Network, syndication, and the SciFi (as it was then called) Channel. 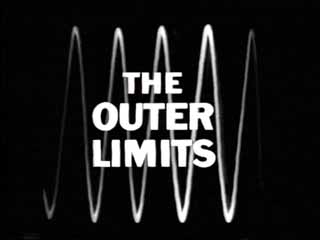 The original “Outer Limits” (1963-1965) was a bold, irreverent, atmospheric science fiction drama featuring eerie, expressionistic cinematography by Conrad Hall and unforgettable music by Dominic Frontiere (and Harry Lubin in season two). The 90s “Outer Limits” is not in the class of its predecessor, (nothing is), nor does it have the film school-like innovative cinematic approach of “Amazing Stories”. But “The Outer Limits” version two does offer consistently interesting—and occasionally brilliant—stories. It can also boast one the strongest rosters of superb (and often A-list) acting talent of any anthology show ever.

After a much acclaimed 93 minute debut episode (a two-parter when shown in syndication with commercials), “The Sandkings”, based on the George R.R. Martin novella and featuring a wickedly intense Beau Bridges performance, the “Outer Limits” took its first of many explorations into the world of artificial intelligence with episode two, “Valerie 23”. 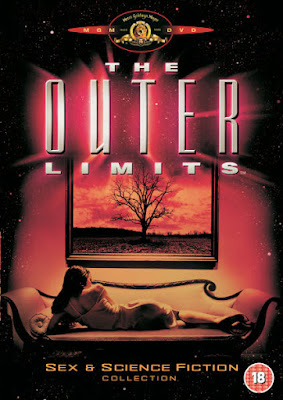 In a plotline that echoes so many recent movies and television shows (especially the brilliant 2015 film “Ex-Machina” and AMC’s “Humans”), “Valerie 23” is the story of a super advanced prototype human-looking android created to be the perfect companion to some poor lonely soul. In this case that lonely person is paraplegic robotics designer Frank Hellner, part of the team who worked on a need to know basis on the top secret Valerie project.

Frank is played by the brilliant character actor William Sadler who nails every moment here. 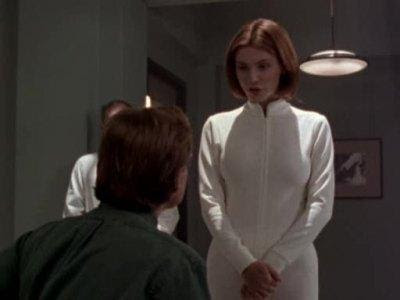 At first, Frank resists being test subject zero for Valerie, in the same way one would wave off some well-meaning but meddlesome relative or friend who was trying to fix you up on a date. Besides, he already has his sights and his heart set on his physical therapist Rachel, played by the always wonderful Nancy Allen. But when Rachel rejects Frank’s advances because she is reconciling with her abusive boyfriend, Frank tells his boss to bring on Valerie.

What is ensues is a fascinating debate about “what does it mean to be alive”, and a tension filled romantic relationship that quickly escalates into an awkward love triangle. Now keep in mind this episode was first aired in 1995—long before Steven Spielberg’s “A.I. Artificial Intelligence”, the “Battlestar Galactica” remake, or the aforementioned “Ex-Machina” and “Humans”.

Sure, there were plenty of androids around in pre-1995 science fiction, including Data from ST-TNG. Rem from “Logan’s Run”, etc. But “Valerie 23” did break new ground in its very direct exploration of romantic and sexual aspects of a relationship between biological and artificial humanoids.

Strong writing, a progressive story, and superb work from William Sadler and Nancy Allen are all well and fine. But this episode is called “Valerie 23”, so it all hinges on the performance of Sofia Shinas as the title character. In a word, she is sensational. In a performance that foreshadows Alicia Vikander’s acclaimed turn in “Ex-Machina”, Sofia Shinas is the ideal fantasy female you cannot help but fall in love with—and yes—lust after. 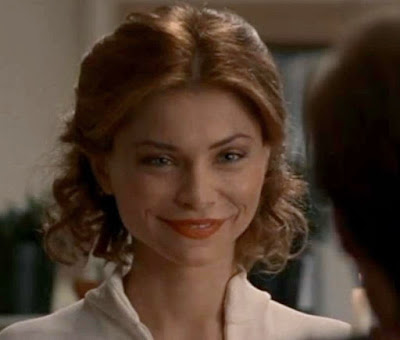 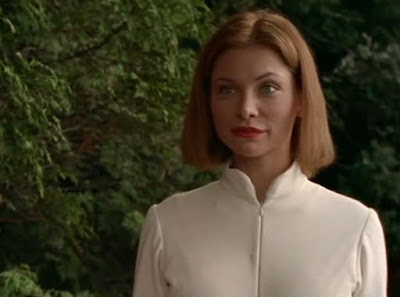 But the most intense emotional moment in this episode is a straight dramatic one—when Frank cruelly rejects Valerie, saying he could no more have a relationship with her than he could his dishwashing machine. The acting by Sofia in this moment is absolutely exquisite. It is a heart-breaking scene and we feel her pain and know that she is indeed “alive”.

One of the best episodes of the 90s “The Outer Limits”, “Valerie 23” is a thoughtful, involving exploration of artificial intelligence featuring a knockout performance by the sensational Sofia Shinas as the title character.