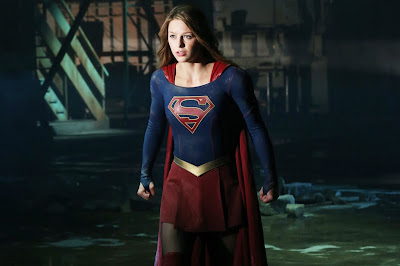 Fans of the Man of Steel’s spirited Kryptonian cousin have had to wait thirty-one years to see Supergirl flying back into action. After five new impressive episodes, it is time to issue an updated report on the series. And that report is filled with nothing but rave reviews from this long-time Kara Zor-El fan.

Executive Producer Greg Berlanti, (currently, the superhero TV king mogul, if such a thing exists), and his talented team, have managed to strike the perfect sweet spot between humor, action, science fiction, and millennial soap opera angst with a light touch. If you are going to have a show with a love triangle, (“Supergirl” actually has two overlapping ones), this is how you handle it. 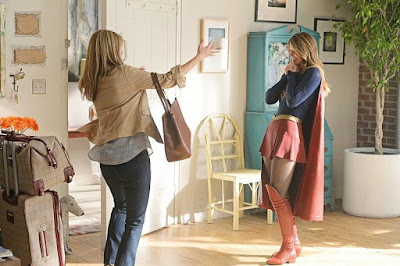 Every episode had been pitch perfect in tone, nicely paced, and impeccably acted by the talented cast. Never was this more on display than in the best episode so far, “Livewire”, a Thanksgiving show that aired on November 16th with a major storyline featuring Kara’s human stepmother Eliza Danvers, played by the 1984 “Supergirl” Helen Slater. The scenes featuring the two Supergirls is the legendary stuff of fevered fan imaginations. It was absolutely priceless and proof once again that Greg Berlanti gets it. This guy knows what the fuck he is doing. 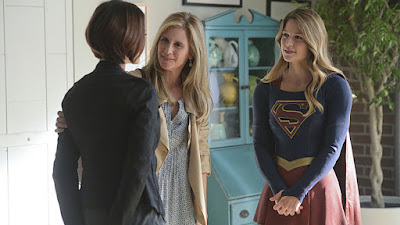 Not enough Helen Slater was one of my minor beefs with the pilot. That has obviously been corrected, and hopefully there will more Eliza Danvers to come.

My other fear about the pilot was the Otis/Jar Jar binks potential of the over-the-top Cat Grant. Well, I was wrong on that one too. Thank God! It turns out that Cat Grant is actually an interesting character and being played quite skillfully by Calista Flockhart.

On top of all this we have a formidable, emerging new super villain with a modern twist, (Maxwell Lord), and an intriguing conspiracy arc. What is Henshaw up too? And what did happen to Kara and Alex’s father?

This is stating the obvious, but is worth repeating again...

Of course, the greatest strength of the show, and what makes it all work, is Supergirl herself, Melissa Benoist. She is utterly charming, projecting an effortless earnestness—funny and touching as Kara Danvers—charismatic, strong, and fierce as Supergirl. Her approach reminds me so much of the Christopher Reeve “Superman” films. And I love it!

This show is absolutely irresistible. I have a crush on “Supergirl”.