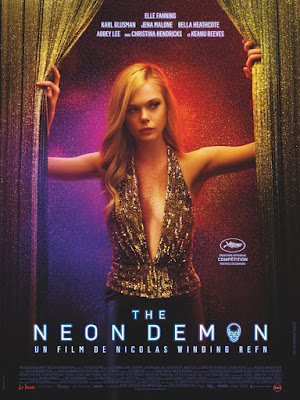 Time for my annual top ten movie list. This is something I’ve been doing since 1985.

The Ellie Goulding concert was the best live performance I have seen since the mid 80s.

I have been enjoying the “Supergirl” TV series, as well as Eric Kripke’s new show on NBC, “Timeless”.

“Fear of the Dead” is now a better drama than the show it spun off from.

And this past summer’s Olympics were super awesome.

“Homeland” took a year off (perhaps to digest the horrifying events unfolding in real-life politics). But for me, the best show this past year is not on any network, premium channel, or cable station. Is the adaption of Phillip K. Dick’s alternate history masterpiece, “The Man In The High Castle”, produced by Amazon Studios and streaming on Amazon Prime.

Actress of the year is hands down Amy Adams for her one two punch of "Arrival" and "Nocturnal Animals". But Elle Fanning's electrifying work in "The Neon Demon" must also be mentioned here (because no one else will give this brilliant girl her due, given the film's polarizing David Lynchian nature).

My favorite scores; Rupert Gregson-Williams soaring strains for "The Legend of Tarzan", and Michael Giacchino's two space opera franchise scores for "Star Trek: Beyond" and "Rogue One". 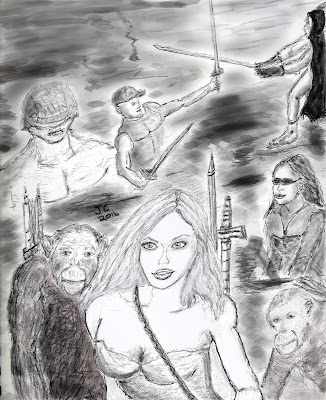 Sketchbook page of used as the cover art for Caitlin Star: The Trilogy. 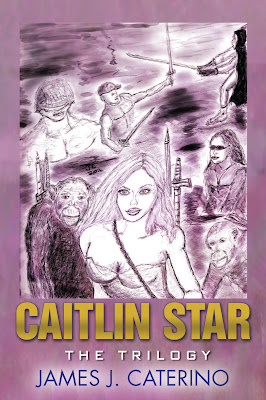 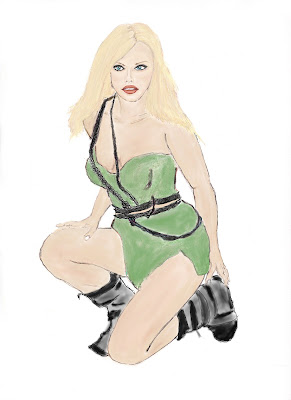 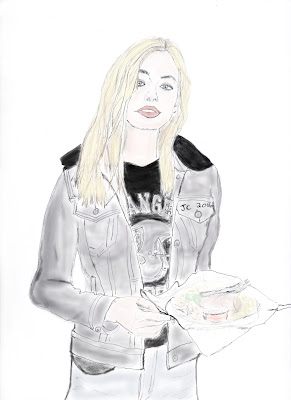 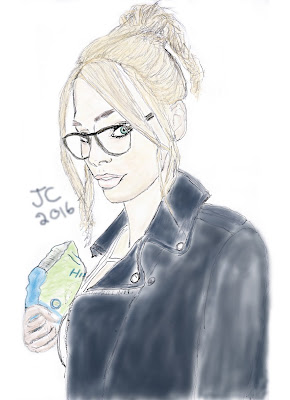 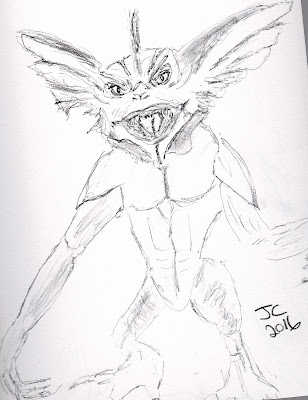 Quick sketch of Stripe the Gremlin. 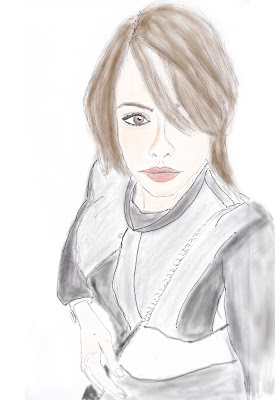 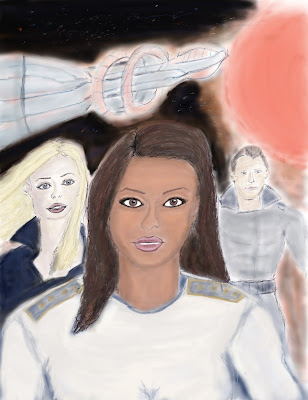 Posted by James J. Caterino at 7:12 PM No comments: