'Among the Stars', now on Kindle and paperback 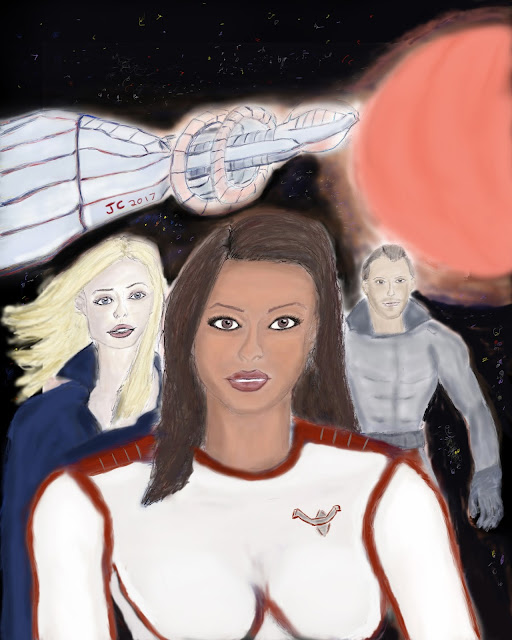 The year is 2042. The return of fascism, war, and raging climate change have left the Earth on a path toward inevitable destruction. But there is one industry that thrives as people look for an escape—space tourism—lead by Brenda Bakke, the CEO and designer of the Aphrodite, a cruise ship to the stars.
Brenda offers a scholarship ticket to Stanford astrophysicist student Ariana Green, hires Captain Rochelle Blair to helm the Aphrodite’s maiden voyage, and invites former space fighter turned rogue gambler Von Sky to join the ship’s elite stunt team, the Space Angels.
They sail off for Saturn, and the celebrated space cruise is all Brenda could have hoped for, until, sabotage strikes, sending the Aphrodite and its eleven-hundred passengers and crew straight into an anomaly of dark energy where they become—lost "Among the Stars".
Written in the screenplay format, "Among the Stars" is the original pilot script for an exciting new science fiction series from the lurid imagination of James J. Caterino, author of "Caitlin Star: The Trilogy" and "Steel Phantom".
This exclusive special edition contains a bonus section of "Among the Stars" concept art from the author’s personal sketchbook. 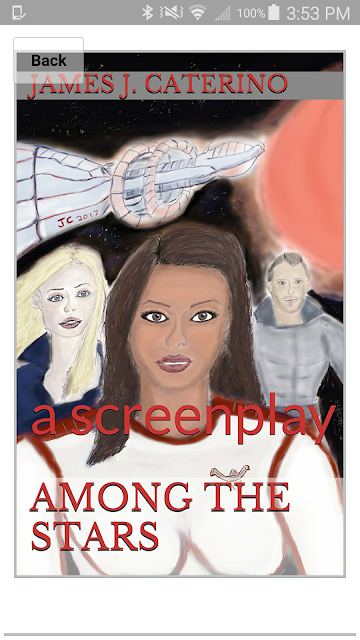 Posted by James J. Caterino at 1:07 PM No comments: 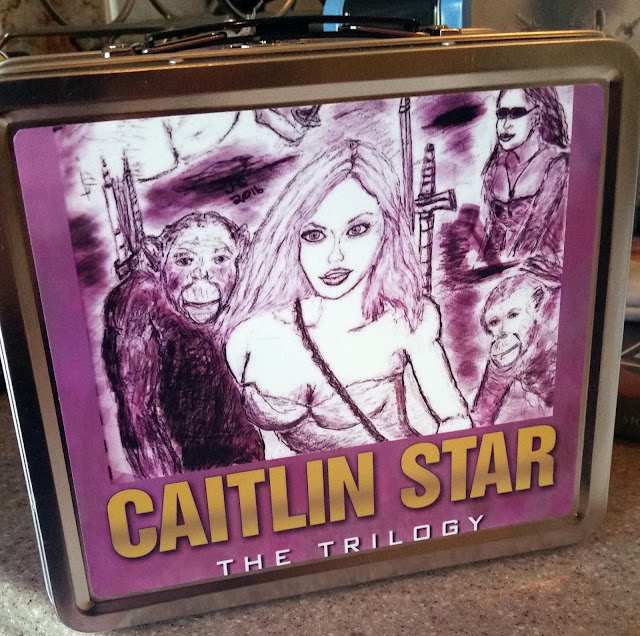 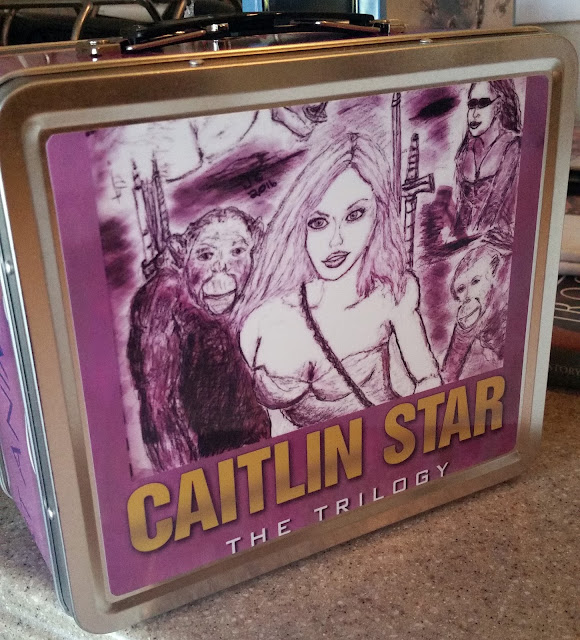 Posted by James J. Caterino at 1:58 PM No comments: 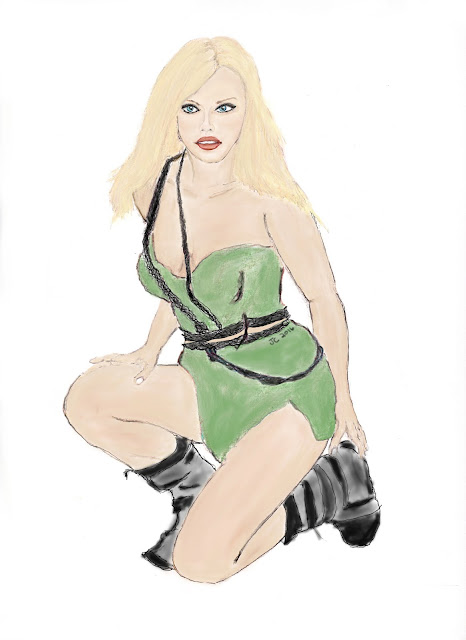 Part animal. Part legend. All woman. Caitlin Star: The Trilogy, is a collection of the first three action-packed books in the controversial Caitlin Star series, collected in one volume for the first time ever. All three books are newly edited and contain brand new, never before read scenes. Also included is a ten page sketchbook of illustrations by the author, all exclusive to this special-edition collection.Caitlin Star (book 1) Gunner Star takes on Caitlin as his protégé and trains her in the ways of the Bull Mongoni, a mythic species of hominids that lived long ago. An exciting, brave new world opens up for Caitlin as she discovers a new philosophy, and begins to see the world around her from a new perspective. This is the origin story you have been waiting for.Caitlin Star and the Guardian of Forever (book 2)Caitlin is called into action by Azrael—a.k.a. the Black Knight—a fellow Bull Mongoni warrior with roots in the Congo. Now she must defeat the White Hand, battle the militia of a ruthless Uganda dictator, and face down a mysterious figure who is manipulating everything behind the scenes for a devious purpose that will threaten every living thing on earth.Caitlin Star and the Rise of the Barbarians (book 3)Caitlin now lives a life of peace and tranquility deep in the rain forests of the Congo among her ape friends, free from the evil and destructive species known as Homo sapiens. All is well until one day a massive cruise ship shows up on the shore carrying hostile invaders commanded by an old arch enemy of Caitlin’s who will stop at nothing to destroy her and the last remaining paradise on earth.Caitlin Star: The Trilogy is an addictive, riveting, hard-edged, YA dystopian action adventure that will blow you away and leave you begging for more. 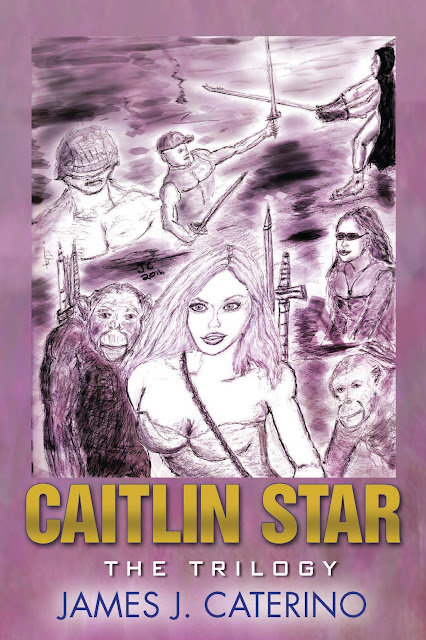 Posted by James J. Caterino at 4:22 PM No comments: