The story behind ‘Among the Stars’ 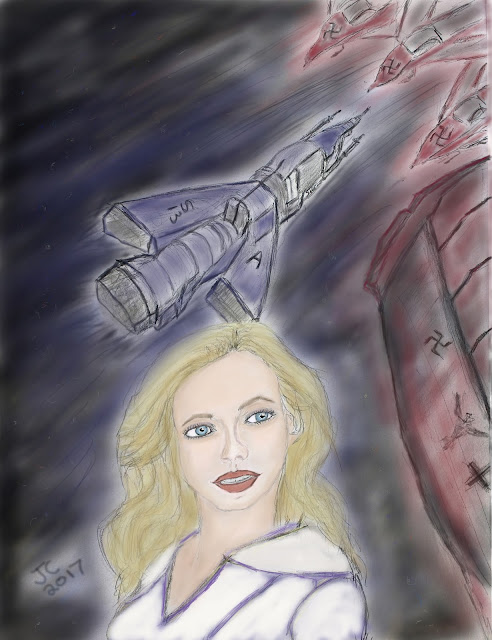 “Among the Stars”, the brand new, just published, exciting sexy space opera adventure, is written for the same target audience as all of my work—my thirteen year-old self. In other words, me as I am right now, forever trapped in a perpetual state of exuberant adolescence.

I write books that I want to read, but nobody else has written. So I am compelled, obsessed, and destined to write them because I desperately need to experience these stories.

The initial creative spark for “Among the Stars” literally comes straight out of my adolescence, because it is based (loosely) on a short story I wrote in circa 1977-78 at the age of thirteen. At the time I was placed into something called the GATE program (that later became the ACE program). It was a “special needs” program according to the state, and in this case the special need was having an I.Q. above 135. Yeah, yeah, well bleep you, because that was a long time ago and whatever capacity I once possessed for higher intelligence has long since vanished.

At any rate, “Among the Stars” was my homage to the science fiction TV shows I had grown up on, mainly classic “Star Trek”, “Space 1999”, and “Lost in Space” (the first season when it was serious, before descending into buffoonery).

“Among the Stars” was my first official work of fiction, (typed out in proper manuscript form by my poor Aunt who had the thankless task of deciphering my handwritten chicken scratch), so I have always wanted to revisit it in some fashion. So in 2015 I was watching film critic Peter Travers interviewing Quentin Tarantino about his then upcoming film “The Hateful Eight”, and Quentin talked about how the inspirations for the film were the endless series of mysterious stranger guest stars who came to town each week on shows like “Gunsmoke”, “Bonanza”, and “The Big Valley”.

That was the spark. Why couldn’t I write my own movie inspired by the TV shows that I grew up on? And I could write the movie as pilot film for a new series (be it film or television). Plus I now had an additional four decades of genre material and forty years of life experience to draw from. Thus, “Among the Stars” version 2017 was born—a wickedly exciting, wildly imaginative new published screenplay that draws inspiration from my love of space opera, pulp fiction, and film noir. 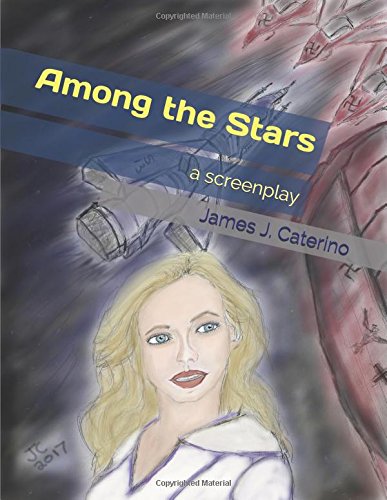 The year is 2042. The return of fascism, war, and raging climate change have left the Earth on a path toward inevitable destruction. But there is one industry that thrives as people look for an escape—space tourism—lead by Brenda Bakke, the CEO and designer of the Aphrodite, a cruise ship to the stars.

They sail off for Saturn, and the celebrated space cruise is all Brenda could have hoped for, until, sabotage strikes, sending the Aphrodite and its eleven-hundred passengers and crew straight into an anomaly of dark energy where they become—lost "Among the Stars".

Written in the screenplay format, "Among theStars" is the original pilot script for an exciting new science fiction series from the lurid imagination of James J. Caterino, author of "Caitlin Star: The Trilogy" and "Steel Phantom".

This exclusive special edition contains a bonus section of "Among the Stars" concept art from the author’s personal sketchbook.
Posted by James J. Caterino at 10:09 PM