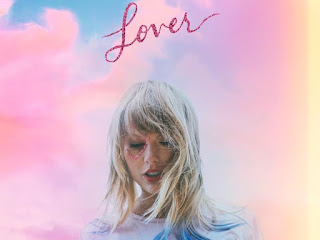 The above title is a reference to a Saturday Night Live skit where a group of adults on the dance floor come to the realization that, “Oh my God. I like Taylor Swift!”

As a matter of fact, her new Lover album? I love it. I really do. Every track. From start to finish.

It’s not that I didn’t like Taylor Swift before. I was, to quote a phrase from the catchy, irresistibly fun track “I Forgot That You Existed”, I was just indifferent.

Truth be told, I just never gave her a chance.

Mostly because for several years, between Lady Gaga, Katy Perry, Cher Lloyd, Carly Rae Jepsen, Charli XCX, Elle Goulding, and many others, my pop music cue was pretty maxed out.

But then, many of the above mentioned artists began to pull back on producing new material, and as the number of new releases from my favorite pop artists dropped off, there was a deep void to fill on my classic iPod (yes! I still use one. I prefer to own my music. Not rely on a strong WiFi signal in order to freaking be able to listen to a song I want to hear and hear now).

Now I really needed some new pop music to get me excited and focused for my new isolation training (pull-ups and push-up in the garage and sprints out in the street in front of my house).

One night on television there was a virtual concert organized by Lady Gaga, packed with an all-star line-up of A-list performers, including Taylor Swift.

When Taylor was up, it was just her at home, sitting at the piano. She performed “Soon You’ll Get Better” and all I remember is standing there in front of the TV, feeling every ounce of the heart-breaking sadness of the song, and thinking to myself afterward, “I had no idea she was that good.”

The performance blew me away. Truly, it was magical.

Later that night I hurried off to Amazon and YouTube to find out that the track was from her recent Lover album, and as I sampled each track on the record, I once again said to myself, “My God, I had no idea she was this good!”

It was like discovering a new gold mine that was actually sitting right there in front of you for years.

A few weeks later ABC aired an hour of footage from a pre-Covid concert she did in Paris. And you bet that if there ever are real live concerts again and I get the chance to see her live, I’ll be dragging my sorry old ass to a Taylor swift concert.

I’ve been listening to Lover non-stop during my isolation garage training as well as my conditioning at the field, and it has super-charged my workouts like a euphoric spike of giddy adrenaline straight into the heart. My favorite tracks on the album include the rousing “Cruel Summer”, the hypnotic “Archer”, the insanely energetic ‘The Man”, the sentimental “Cornelia Street” and the melancholy story song "Miss Americana & the Heartbreak Prince", which I’ve envisioned a detailed music video to in my mind.

I learned a lot about myself during this quarantine. I learned that I wasted a lot of time before. I learned to be more productive. I learned I really don’t need the gym to train properly.

I really, really do.