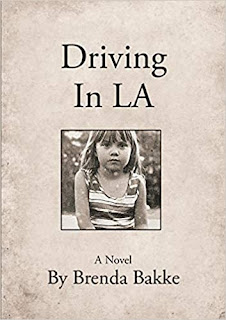 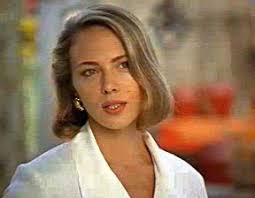 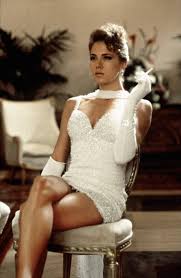 Driving in LA is an autobiographical novella, a memoir presented as fiction to “protect some person’s identities”. It is written by Brenda Bakke, an actress. So let’s start there, with the actress, before we get to the writer and the work at hand.

What brought me to Driving in LA, was Brenda the actress, because I was searching on Amazon for movies with her in them, and this book popped up. Being a long-time fan, I snapped it up in a heartbeat.

Side note: My Amazon search did bear fruit. Not just in the find of this book, but in the discovery of a 1994 science fiction space film called Star Quest (a.k.a. Terminal Voyage) from shlockmeister Concorde Pictures. The movie also stars Steven Bauer (Scarface, Ray Donavan) and Emma Sams (General Hospital). It is a delightful guilty pleasure. I watched it streaming and dug it so much I bought the bargain-priced DVD.

At this point, and probably from the outset of this review, most of you are asking, “Just who the hell is Brenda Bakke anyway?” Well, let’s just say she might be the flat-out sexiest actress to slink across screens in many a decade. Maybe since Pam Grier. Maybe since Veronica Lake.

She is a classic, seductive femme fatale from 1940’s film noir packaged into the fit and toned athletic body of a modern woman.

Don’t believe me? Then ask acclaimed director Curtis Hanson, because he actually did cast her as the Veronica Lake in LA Confidential (1997).

Side note number two: I named a character after Brenda Bakke in my screenplay Among the Stars and the short story spawned from it, Starfighter.

Okay, now that you know who Brenda Bakke is and why I bought this book. Now, on to Driving in LA.

Driving in LA is about a hundred pages. I’m guessing about thirty thousand words. And after I unpacked the book and cracked the cover open, I devoured all of it—in one sitting.

Yeah. I could not stop reading.

Driving in LA tells the story of young girl (say eighteen-ish) from a small town in Oregon who heads to LA to be an actress and steps headfirst into a cocaine and alcohol fueled, spinning odyssey of hucksters, conmen, rapists, pimps, and other assorted bizarre and sinister characters.

It is as fascinating as it is horrific, and as strangely hopeful as it is nihilistic.

It is a harrowing account written in the first person. The book has drawn comparisons to Bret Easton Ellis’s Less Than Zero (made into a 1987 film starring Robert Downey Jr., James Spader, and Jami Gertz). It is a good comparison because this book explores the seedy side of LA in the early 80s from a different angle—that of a poor, broke, small town naïve girl instead of the rich, bored, privileged spawn of Less Than Zero.

Bottom line: Driving in LA is a quick, addictive, intense, fascinating, depressing, and exhilarating read that takes us right into the seamy, dark side of LA in the early 80’s.