Zoe Kazan, the best actress you never heard of 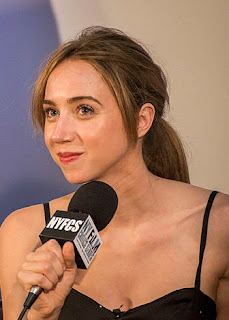 She combines the gravitas of a young Kate Winslet or Julia Roberts with the geeky quirkiness of a young Sandra Bullock with fresh faced girl next door charms and the luminous, effervescence beauty of Mia Kirshner.

On top of that she is a true auteur, carefully selecting her projects and often participating in their crafting as a screenwriter. And regardless of who gets the final on screen credit for the script, anytime you are watching a Zoe Kazan movie you can be assured the dialogue will be off the charts awesome in a David Mamet, Aaron Sorkin kind of way. 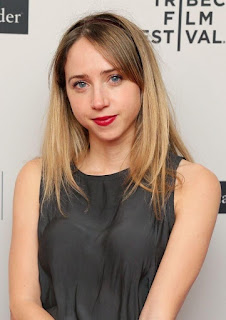 Had she been around back in the day—before theatrical films were scaled back to only two types of releases—gazillion dollar blockbusters or pretentious Oscar bait—and before home entertainment became a bloated glut of a serialized shows streaming over endless wallet-gouging services and more cable and satellite channels than you could ever hope to watch, even in an endless quarantine—had Zoe Kazan been around before all of this, say back in the 90s, then she would have been lighting up cinemas across the country and would be a megastar in the same league at some of the Hollywood legends mentioned in that above opening paragraph.

At the age of 36 (she looks much younger) the multi-talented actress/playwright/screenwriter has already accumulated a fat and extensive resume of credits and more than an armful of awards from film festivals and critics alike.

But there are three must works that best sum of her extraordinary talents. Two of them are romantic comedies from 2013, What If and The Pretty One. 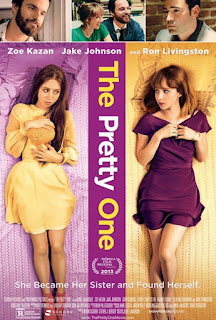 To call these two movies romantic comedies would be unjust. They are brilliant character studies. Moving dramatic pieces filled with heartbreak and romance and disappointment and triumph, and lots of feel good humor. What if co-stars Daniel Radcliffe with scene stealing support by Mackenzie Davis and Adam Driver. The Pretty One co-stars Jake Johnson from The New Girl and the great character actor John Carrol Lynch. Rent them. Buy them. Stream them. Just see them. They will make feel good. I promise.

The next work may not make you feel good. But it will scare the living shit out of you. As it should.

The third one is recent masterpiece of a miniseries from HBO based on the acclaimed novel by Phillip Roth, The Plot Against America.

Although The Plot Against America was first published in 2004, Phillip Roth must have been sensing something in the air that would lead to the dark, dystopian nightmare we are now living in.

The Plot Against America is set in 1940 but it is very much about the here and now. And as expertly brought to life by show runners David Simon and Ed Burns, it is absolutely the most terrifying, disturbing, nightmarish piece of television you will ever see. 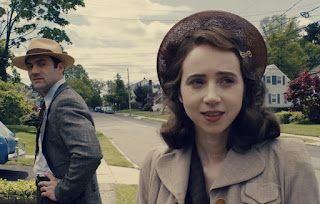 Some background is required here.

In 1940 there was a strong, vocal, and angry isolationist movement in America. They called themselves “The America Firsters” (sound familiar?).

The majority of these people, especially the leaders of the movement were not wanting to sit on the sidelines and watch Hitler run a muck invading country after country in Europe because of some idealistic pacifist principle. Quite the opposite, most of them were Nazi sympathizers who shared Hitler’s views, and some were flat out card carrying Nazis.

The movement had a leader. A washed up celebrity reality TV star, err…I mean celebrity stunt pilot—a Jewish-hating, Hitler-worshiper by the name of Charles Lindbergh. Substitute Putin for Hitler and black and brown immigrants for Jewish people, MAGA for America Firsters, and you get the picture. But that is a rabbit hole I will not go down in this piece. This is background, context to explain the depths of Zoe Kazan’s remarkable work in this miniseries.

Although Charles Lindbergh teased and toyed about the idea of running for president, unlike the white grievance populist leader of our time, it never happened. But in The Plot Against America it does.

The Plot Against America is an alternate history tale where Lindbergh not only gets the Republican nomination, he shockingly defeats FDR and wins the Presidency. Then things get dark and scary. Very Scary. In a slow burn, the water we are in is slowly boiling and nobody notices until it’s too late kind of way.

Well Zoe Kazan, by way of her character, Elizabeth Levin (a wife and mother of Jewish family in Newark), she notices.

She knows exactly where this is all going despite the reassurance of everyone around her, including her politically active husband (played by the imposing Anthony Boyle) who keeps insisting “this is our country”, amid the same tepid reassurances we hear today like “the institutions will hold” or “well Congress will never allow him to do that” or “yeah but the courts”.

The people in The Plot Against America find out, just as we are today, that none of that means jack shit if you’ve got the wrong person in the White House.

As the terror slowly builds, as the country disintegrates into fascism and the anti-Semitic forces of darkness begin to close in on the Levin family, it is the wife and mother Elizabeth Levin who shows the strength and courage to hold the family together. She becomes the leader, the beacon of light in this cautionary tale of a rising Evil.

It is a staggering performance delivered by Zoe Kazan, and I hope that the people at the Golden Globes and Emmys take notice and give her the just reward she deserves for her remarkable work in the must see piece of television.